I wasn’t planning on writing a post this week because we are moving Friday and I’m speaking on Monday in Atlanta at            Chick-Fil-A so it’s very likely the fullest week I’ve had in a really, really long time…but I felt like I wanted to put some words out into the internet this morning so here we are. 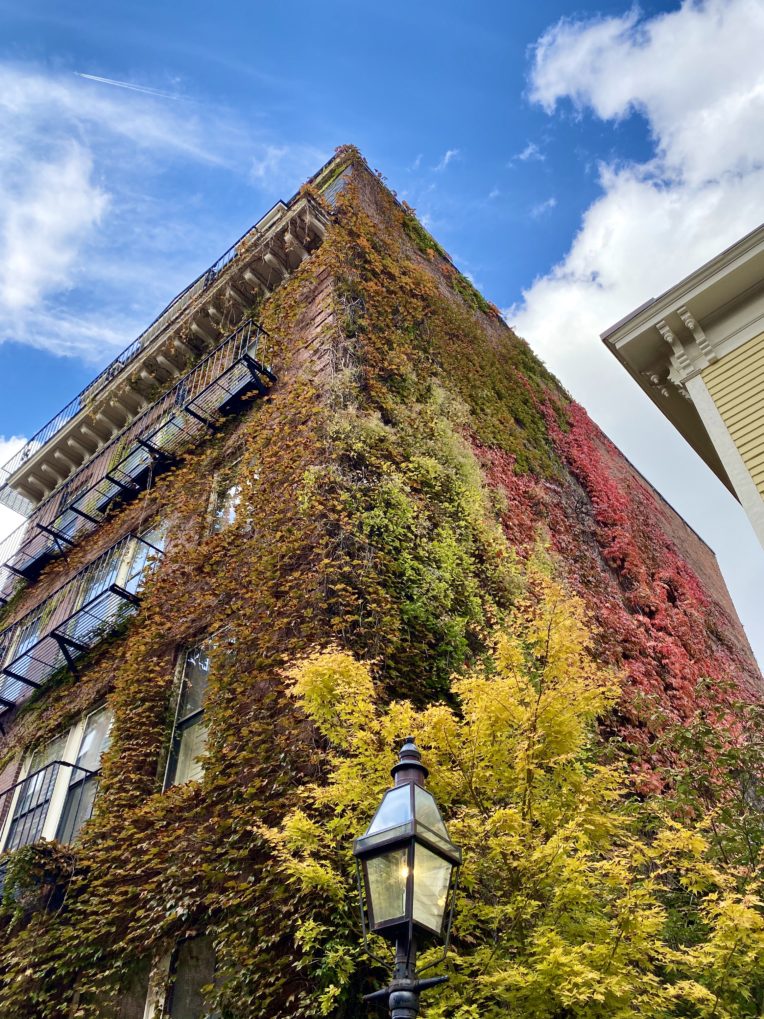 It’s 6:29am on Tuesday morning and my apartment looks like it’s been ransacked. There is stuff everywhere. So I’m hiding out in our room because it’s the corner of our tiny apartment with the least amount of chaos typing away while laying in our bed. I’m someone who cannot function in clutter and mess, but this week (and for the next few weeks) this is reality. Cheers!

Packing up for this move feels easier than it did when we moved from New York to Boston even though we now have a baby. Even though we went from a one bedroom in NYC to a 2 bedroom here in Boston, this apartment is actually smaller and we’ve had a baby (which = more stuff) and so I’ve had to tightly manage what stuff comes into our apartment. Because of that, it just feels like overall we have less things? Maybe I’m hallucinating…

Because baby sleep over here is imploding. Like….he’s almost 11 months, but I actually have a newborn again and we are waking 2-3 (sometimes 4x) a night and on a good night he only nurses once and most nights we end up co-sleeping by 1 or 2am because I’m straight up tired. And then I’m like, “co-sleeping is the best ever!” while at the same time thinking, “this isn’t sustainable!” because I need a few moments in the morning to myself before he wakes for my sanity and right now that isn’t happening with us in the same bed. So, because I feel like the parenting equivalent to, “what do you do for a living?” is …”how is he sleeping?” that’s my response. I’m up more now that I was at 6 weeks and I’m convinced that the idea of babies consistently sleeping through the night by ____ months old is just a myth and babies will sleep through the night when they do. So, I’m throwing in the towel on trying to figure out this mystery and instead just going to pour another cup of coffee and roll with it. Caffeine, bless.

I walked into the shower with my AirPods still in yesterday. So there’s that.

I’m almost done with all the credentialing paperwork for my new job and that feels like a huge win because I’m not sure I can fill out one more form or call up Medicare one more time. And I’m feeling really excited to return to more regular NP work versus the per diem work I’ve been doing since Cal was born. The NPWH conference was really affirming for me that yes, I love this work and I’m ready to work outside the home a couple days a week. Feeling that affirmation has helped settle my nerves about leaving Cal. 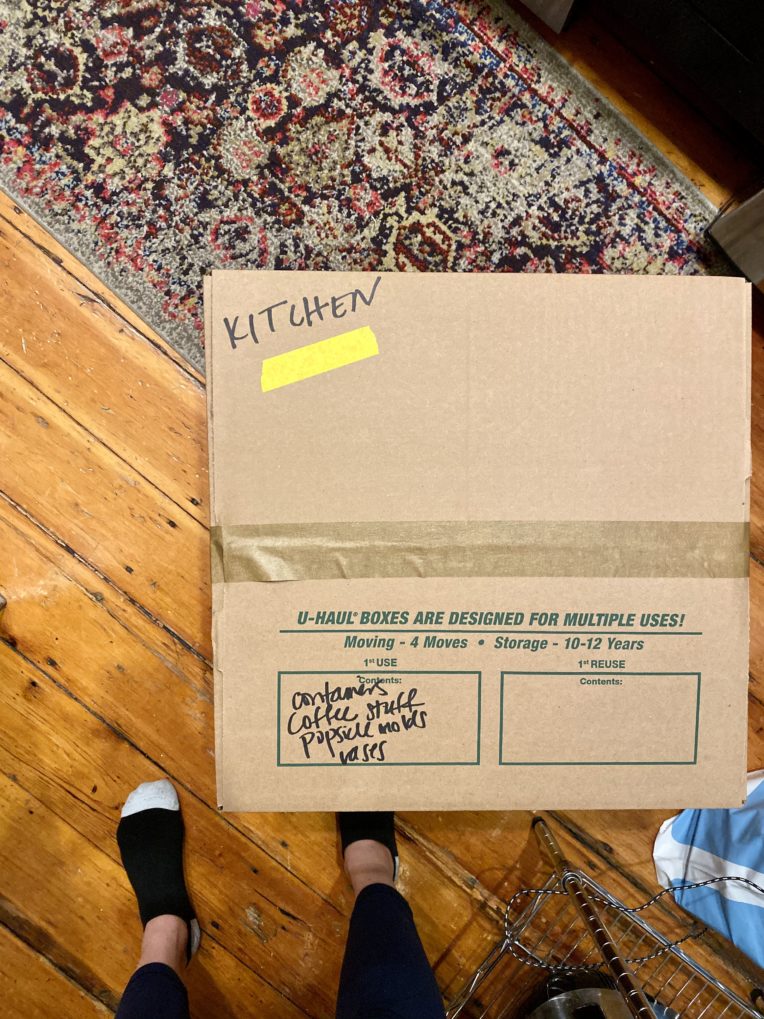 If you’re moving or will ever move in the future…I was googling “how to making moving easier” because that’s what I google when trying to simplify my life…? and came across a tip that said to color code your boxes with colored tape and then put a piece of tape on the door frame or entryway of each room so the movers know exactly where to take each box. I thought it was genius!

I made this chicken chili in the instant pot last week and it was quite possibly one of the easiest recipes ever. When instant pot or slow cooker recipes require 20 minutes of chopping vegetables, I no longer consider that a quick & easy recipe. But this one only requires you to chop one onion and then you just dump in the remaining ingredients.

We walked up and down the streets of Beacon Hill on Saturday since it was a gorgeous fall day and every time I’m in that neighborhood I cannot get over the historical charm. I also think we are leaving Boston at worst time because fall here is pure magic. 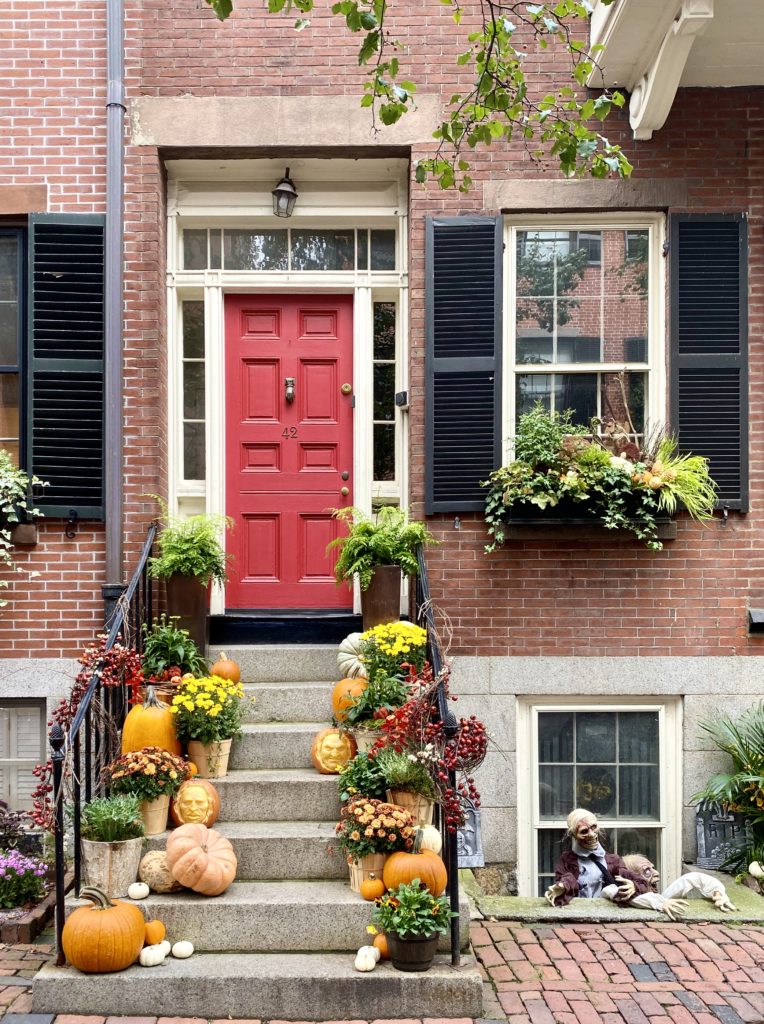 Alright, it’s 6:56 now and I’m going to go pour a second cup of coffee, eat some breakfast and do something with the bags under my eyes. Share bits of your reality in the comments!