In May of 2014 I packed up a rental Subaru and drove my entire life from cozy, familiar Charlottesville 7 hours north to frenetic and very unfamiliar New York City.

It has now been two weeks since we packed up our home in Battery Park City and I said goodbye to my fifth apartment in Manhattan. Five apartments in 4 years.

The space between that sunny spring day in May of 2014 and the crisp November day of 2017 can be described as nothing short of unexpected, magnetic, sanctifying, exhilarating and sharply transformative. 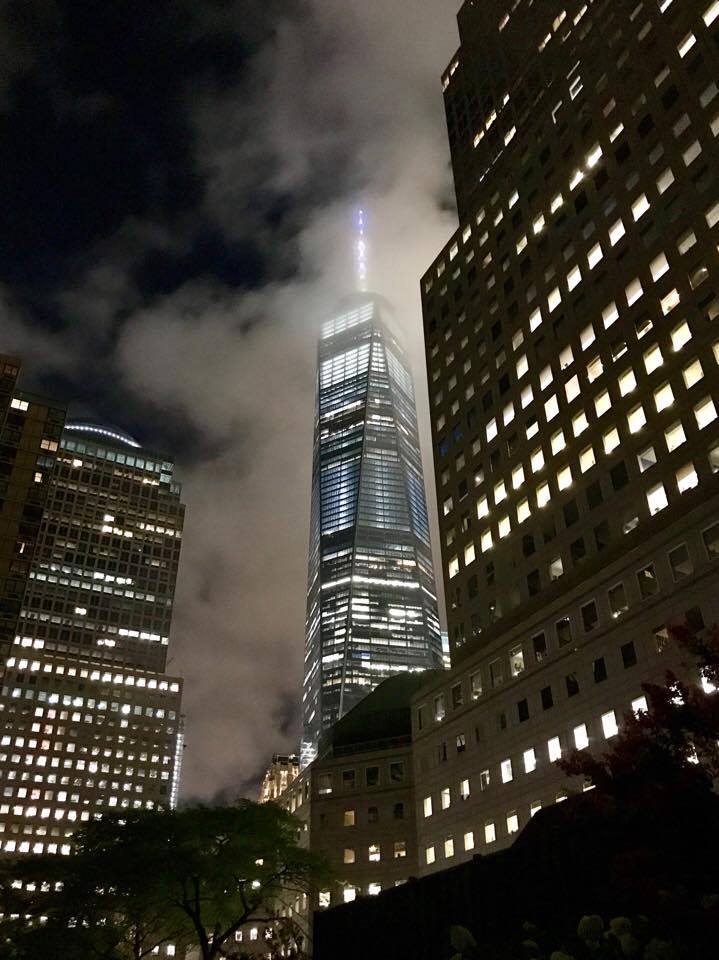 I remember unpacking the Subaru with my new roommate outside our apartment in Harlem and feeling an overwhelming sense of anticipation as I thought, “I’m actually living in Manhattan. I’m HERE.” Since my senior year in college at Indiana University, I had dreamed of living in New York. Making it to the city, in my mind, felt like accomplishment and courage. It felt distinct and full of opportunity. It felt the complete opposite of Indiana where I grew up, or Charlottesville where I had waded through the murky waters of my early twenties. And something about the discomfort, uncertainty and stark contrast captivated me.

When I chose to pursue my nursing career at Columbia over Emory in Atlanta, one of the driving factors was that New York was the scary, unknown choice. I knew not a soul besides a couple college friends that I occasionally kept in touch with, I was now a flight away from home, and Manhattan was a place where I would initially feel anonymous instead of known. Columbia was a reputable school where I believed I could become a well educated nurse practitioner, but something about all the unknown drew me in. So I went. 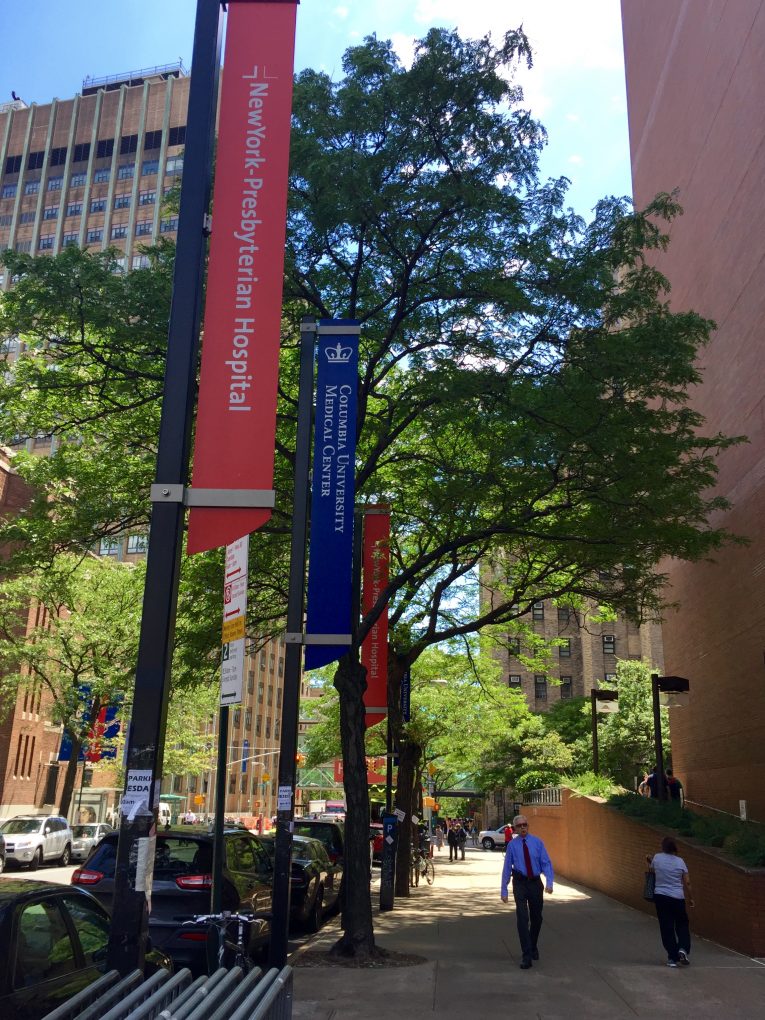 Almost four years later, as I type this, it’s hard to find words to describe what happened in those 43 months. What I do know is that New York uncovered the worst sides of myself. I can remember dry heaving with thick, wet tears streaming down my face on the D train on a commute from Soho to the Upper West Side in the winter of 2016 because I stood on the platform for 30 minutes waiting for the train and was now incredibly late. Not because I was late, but because the train not coming sucked the last bit of tolerance and emotional stability right out of me that day. I can remember making short tempered comments at strangers on the sidewalk because they pushed past me or because they were walking too slow. And with sadness I would realize New York was hardening me, and I hated that.

But New York also revealed the best sides of the person within me. I remember multiple conversations I had with strangers at coffee shops or the person squished next to me on the subway car about faith and life and hardship. I can remember walking through the East Village on a Friday night with my friend Nancy from nursing school, eating cupcakes from a nearby bakery and laughing so hard it felt visceral. I can remember meeting a man without a home outside Beth Israel hospital on one of my nursing shift breaks who told me he tried to kill himself 2 hours prior and was now looking for help. We spent the next 20 minutes talking about if we believed in God and then I walked him into the psych ER. And I remember the warm spring day in April of 2015 when I strolled through Central Park for 3 hours on my first date with the man who I knew would become my husband and in that moment life felt enthralling. 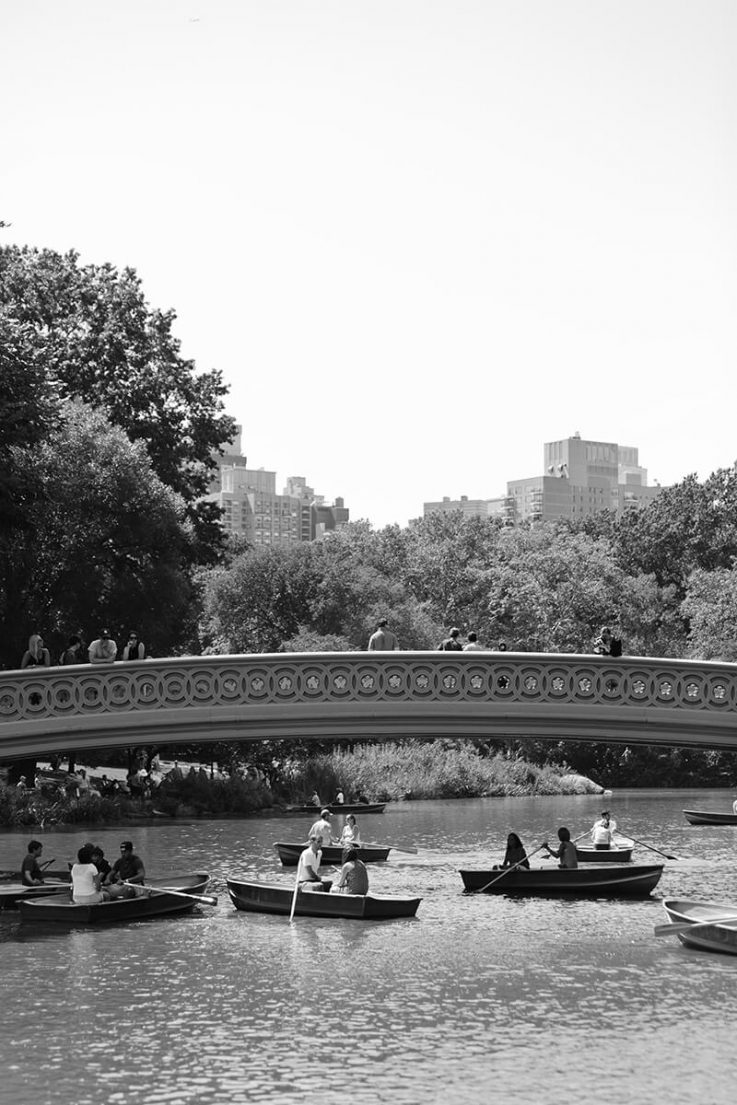 New York for me, can only be described as a roller coaster. The rollercoaster you wait hours in line for because you just have to do it once. But after the the first climb and then drop, you’re screaming to get off, but you can’t because you’re buckled in until the ride is finished. Yet when the ride finally stops, you’re thankful you got on in the first place. The first drop for me was in the winter of 2014 after my first two semesters at Columbia. New York was hard. Way harder than I ever anticipated. And it was lonely and I felt like nobody really knew me. I had been to about six different churches and nothing seemed to fit. Home was far away and I ached for the friendships and community I had back in Charlottesville. In November of that year, I made the hard decision to finish up my BSN year at Columbia and then transfer to Emory and move to Atlanta.

What I learned is that I can make all the plans I want, but God plans are sometimes different. In January of 2015 I finally found and settled into a church that would become home with friends that felt like family. And as the months neared closer to May when I was suppose to pack my bags and move south, I felt a strong pull to stay put. Leaving felt too soon, it felt unfitting and even though I desperately wanted out of the fast pace hustle and grind of New York, I stayed. 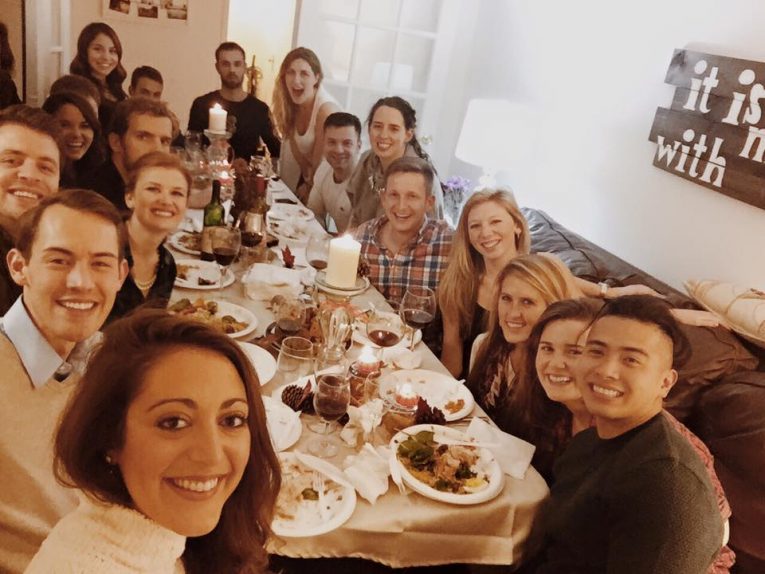 New York taught me to be vulnerable. In a place where almost everyone is a transplant, if you want to feel deeply known, it takes becoming deeply vulnerable. Laying your soul, your deepest wounds and your most broken places into someone else’s hands. And while it felt unnatural and scary at first, it led to friendships that felt decades long within a few months. My friends from New York know me in ways very few people do. Learning to become daringly vulnerable didn’t just help me develop meaningful relationships, but I think it helped me love others better. Because when I unhinged my soul, it often gave others permission to do the same. And sometimes, it was other people becoming wildly vulnerable, that helped me to share myself back. 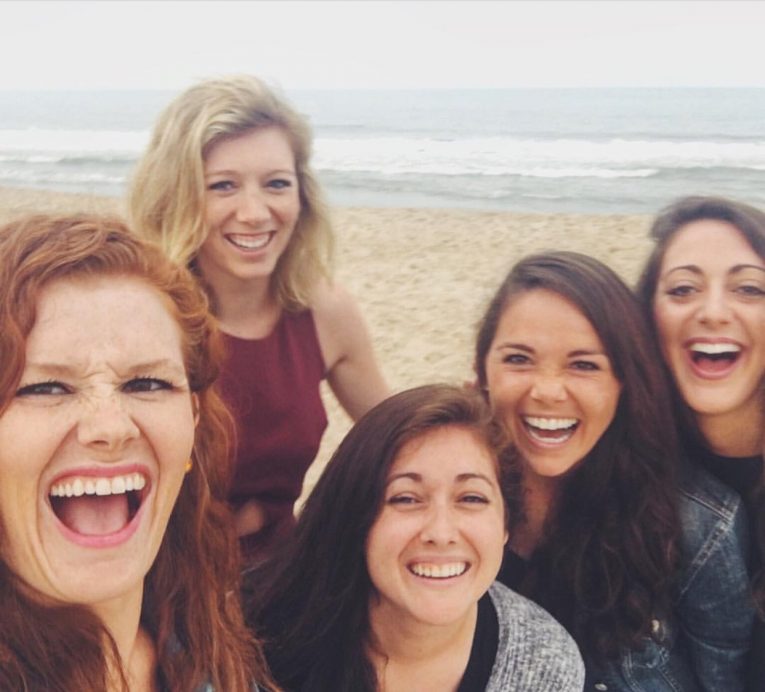 New York taught me to be bold. I’m an innate people pleaser. If I sense you’re disappointed in me or that you don’t like me, it causes my body to tense up and a nauseating feeling of shame whips throughout my body. Being around millions of people, the majority vastly different than myself, taught me that I’m not for everyone and that’s ok. That it’s okay to be opinionated and it’s okay if people don’t agree with that opinion. It’s okay to say no and disappoint people. It’s okay to speak up and assert myself. Because I quickly learned if you don’t own who you are, while also having humility to change and grow, you will be figuratively and literally trampled on.

New York taught me to be okay with discomfort. 80% of life in New York is uncomfortable. The subway is almost always delayed, packed with people and dirty. Your apartment is the size of your parent’s master bedroom and you may or may not have countertop space in your kitchen. Commuting is long and unpredictable so when you leave your apartment at 8am, you’ll pack 50% of your life in your tote bag because you don’t have time to go home during the day. Grocery shopping is an endeavor that requires a therapy session and a nap afterward. Navigating a cart through Trader Joe’s simulates bumper cars and you’ll carry $80 worth of groceries in two 30 lbs bags 1/2 mile home. The bag handles may or may not break on you. I still idolize comfort, but New York forced me to wrestle with that idol and tolerate discomfort.

New York taught me that absolutely anything is possible and fear is a four letter word. People come to New York with few possessions, but dreams too big to fit inside a 30 foot moving truck. I can remember walking in Union Square feeling insecure and unsure of myself, and then a half naked sixty year old man in a pink bikini flew by me on a skateboard. Anything is possible and you can be who you want to be and do what you want to do. People will do almost anything to achieve their dreams, to pursue their passions and to live out their calling. When you’re surrounded by people like that everyday, it’s infectious. 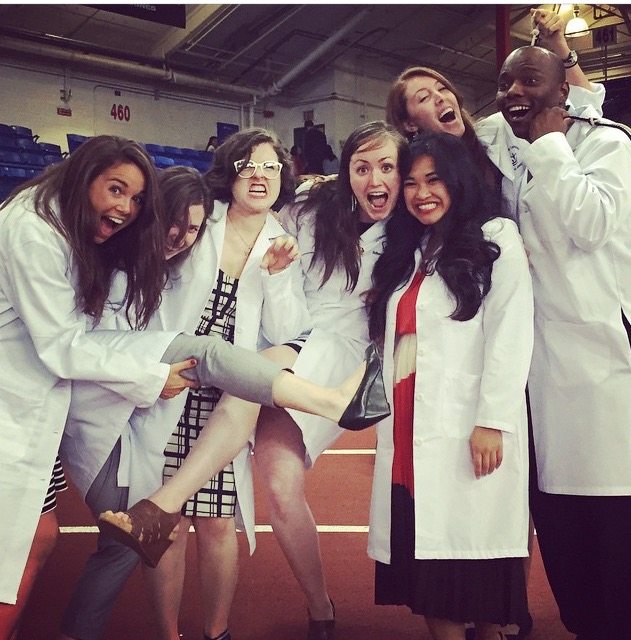 New York has always been about the people. Thank you New York for teaching me about diversity and culture. About humanity and resilience. For showing me the depths of sin and grace. And thank you for gifting me unapologetic, authentic, vulnerable friendships. New York, you were always about the people.

On May 23rd, 2014 I moved to New York with plans of graduating from Columbia and moving back to Charlottesville. Back to familiarity and my community, and maybe I’d meet my husband in my 30s. I always imagined I’d get married a little older. But I had no idea the ride New York would be, how it would change me, and how it would be nothing like the story I had written in my head. I moved to New York as Robyn Coale, an outwardly confident, inwardly unsure, culturally naive woman working as a dietitian with plans to return to Charlottesville. I left New York as Robyn Nohling, a more refined and secure, less shameful, more honest, less fearful, more culturally aware woman growing in a career as a nurse practitioner and dietitian moving to Boston. 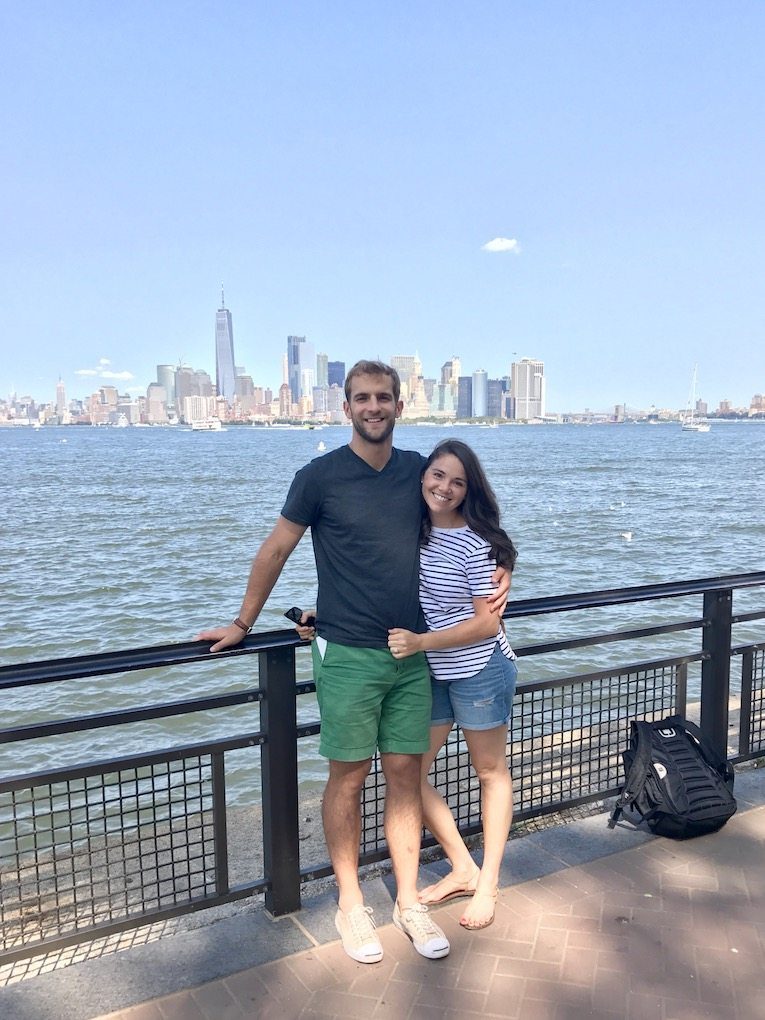 I’ve been wrestling my way out of New York since the day I stepped into the concrete jungle. And although it felt like this season would never end at times, I’m so glad I stayed.