Yesterday morning I checked another thing off the Cville bucket list before I leave here.

Hiking to the top of Humpback Rock at sunrise. 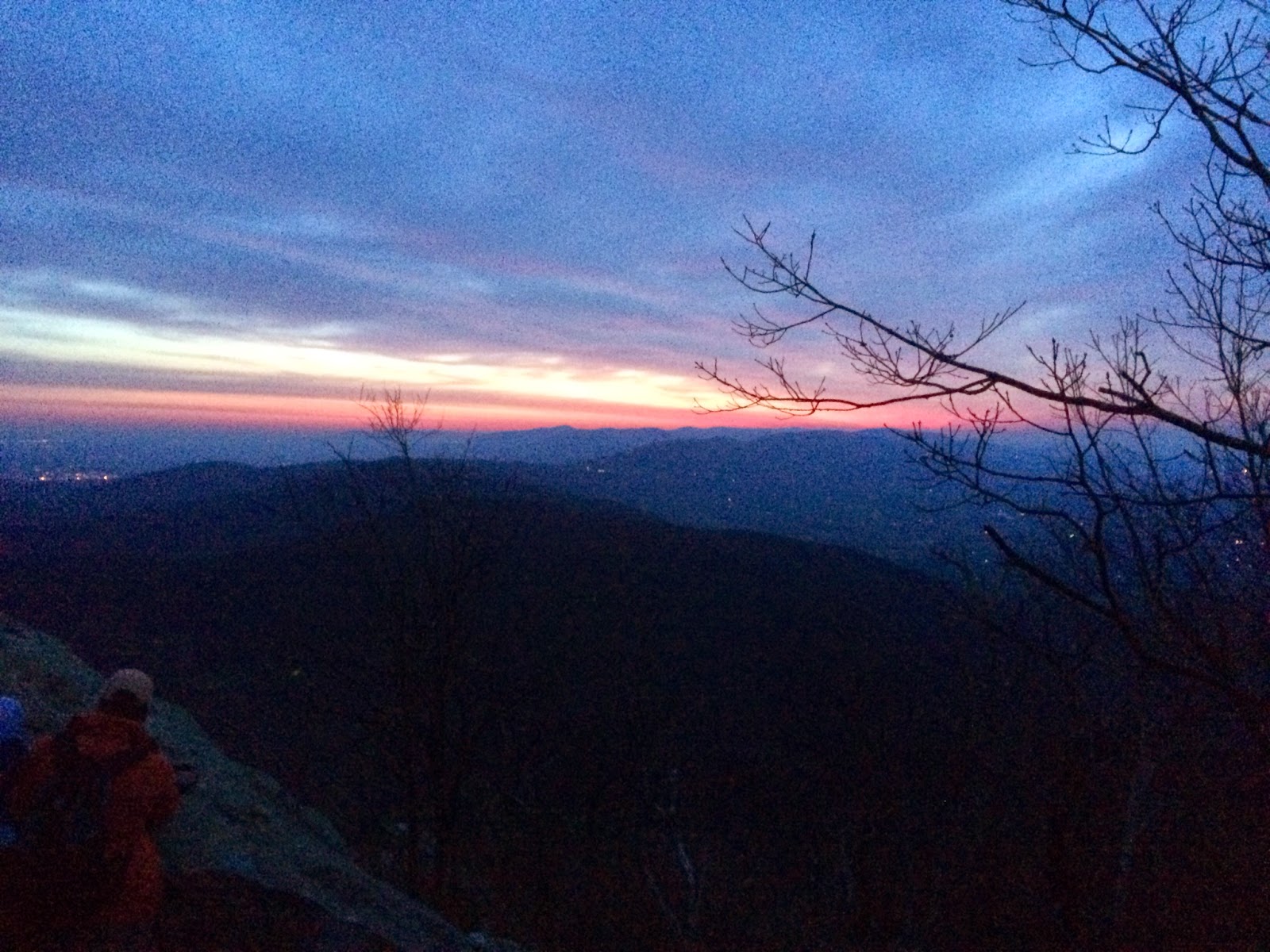 Jess and Kelli did it a few weeks ago and last minute I couldn’t make it, so Whitney and I decided to hike it on Easter morning. What better way to celebrate the resurrection than soaking up all God’s beauty from the top of a mountain at sunrise right?? 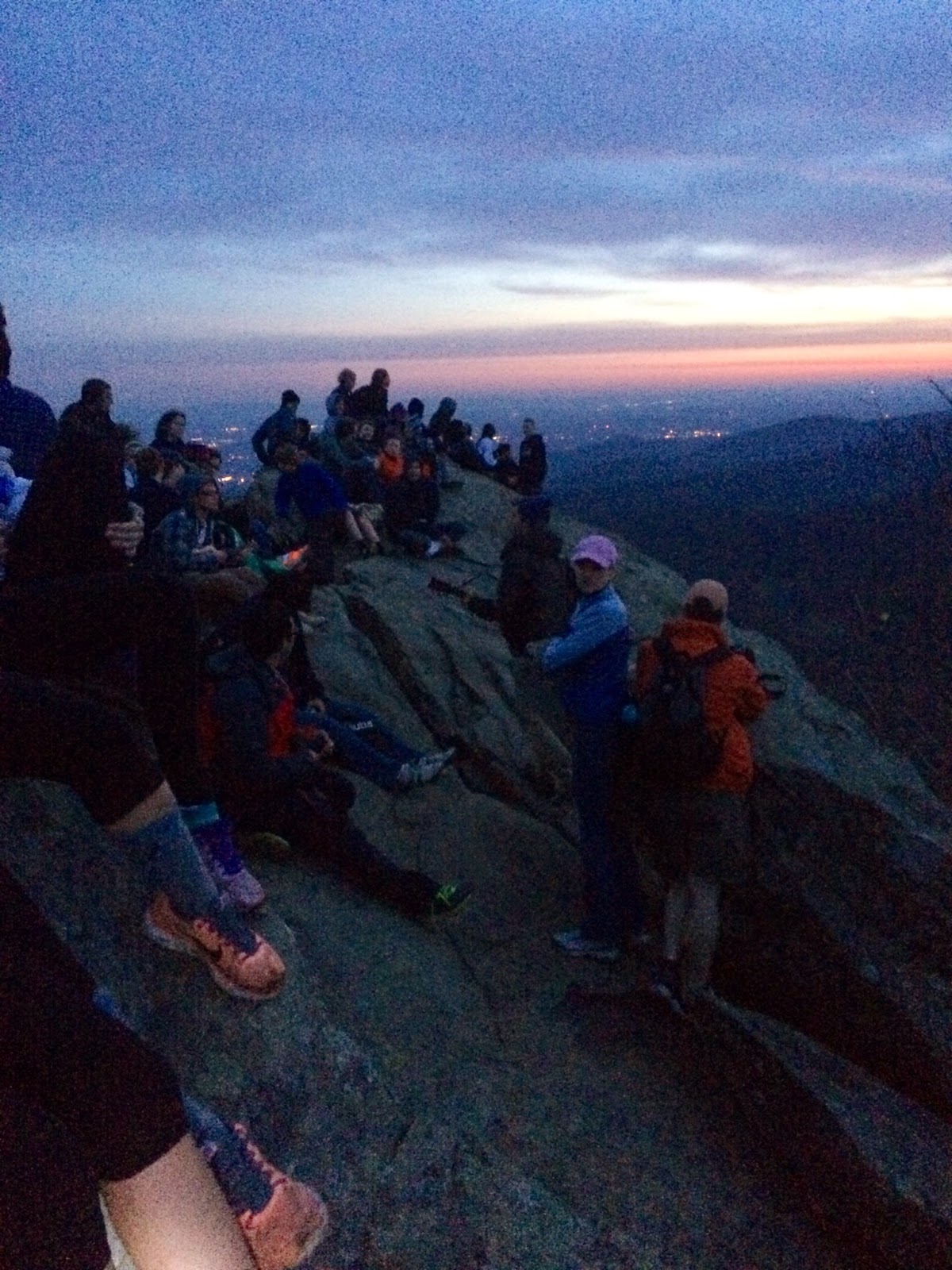 Apparently we weren’t the only ones who thought this was brilliant.
My alarm went off at 4:45am and when we got to the parking lot a little after 5:30, it was PACKED. To beat the crowd, Whit and I took off up the 1 mile steep incline to the top and made it up in about 25 minutes. I was sucking wind by the time we got to the top, but it was so worth it! 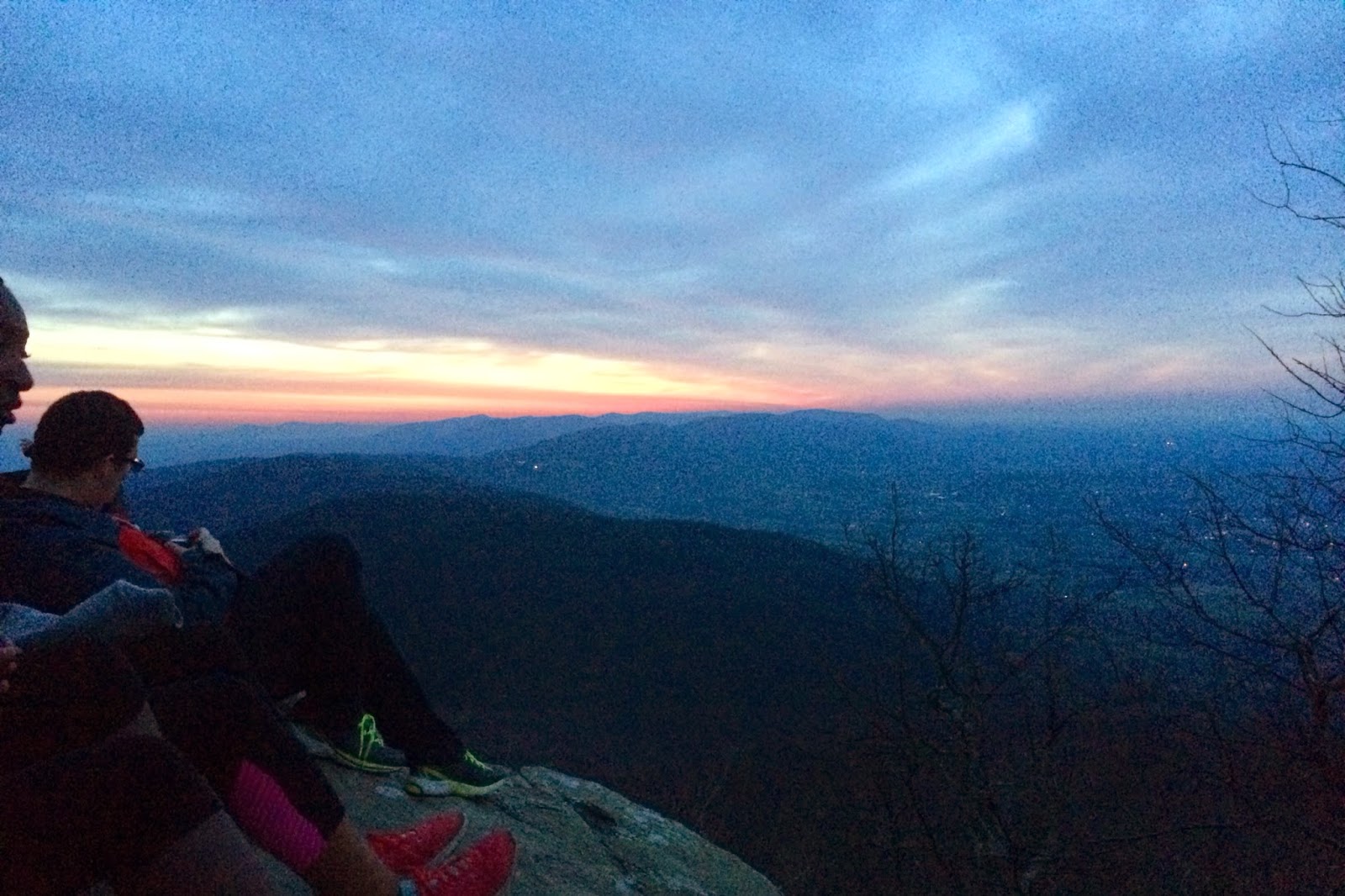 And there was an entire church group from UVA leading a worship service up there! It was amazing to be up there at sunrise with 50-some other people singing and a few guys playing guitar.

The skies were a bit cloudy so the sunrise wasn’t perfect, but it was still the perfect way to spend Easter morning. We made it back down pretty quickly and then drove back into town and had breakfast at Cafe Cubano. 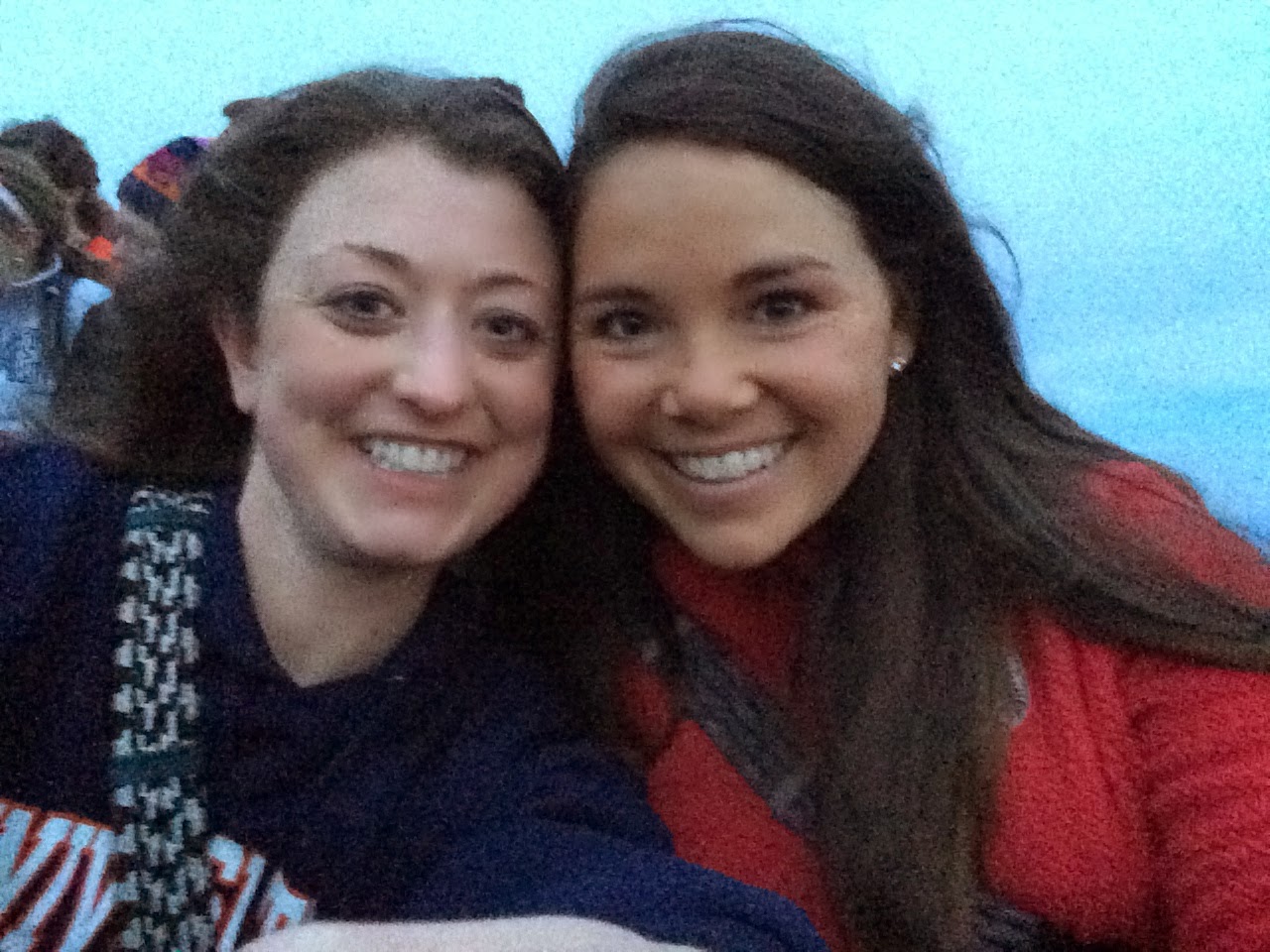 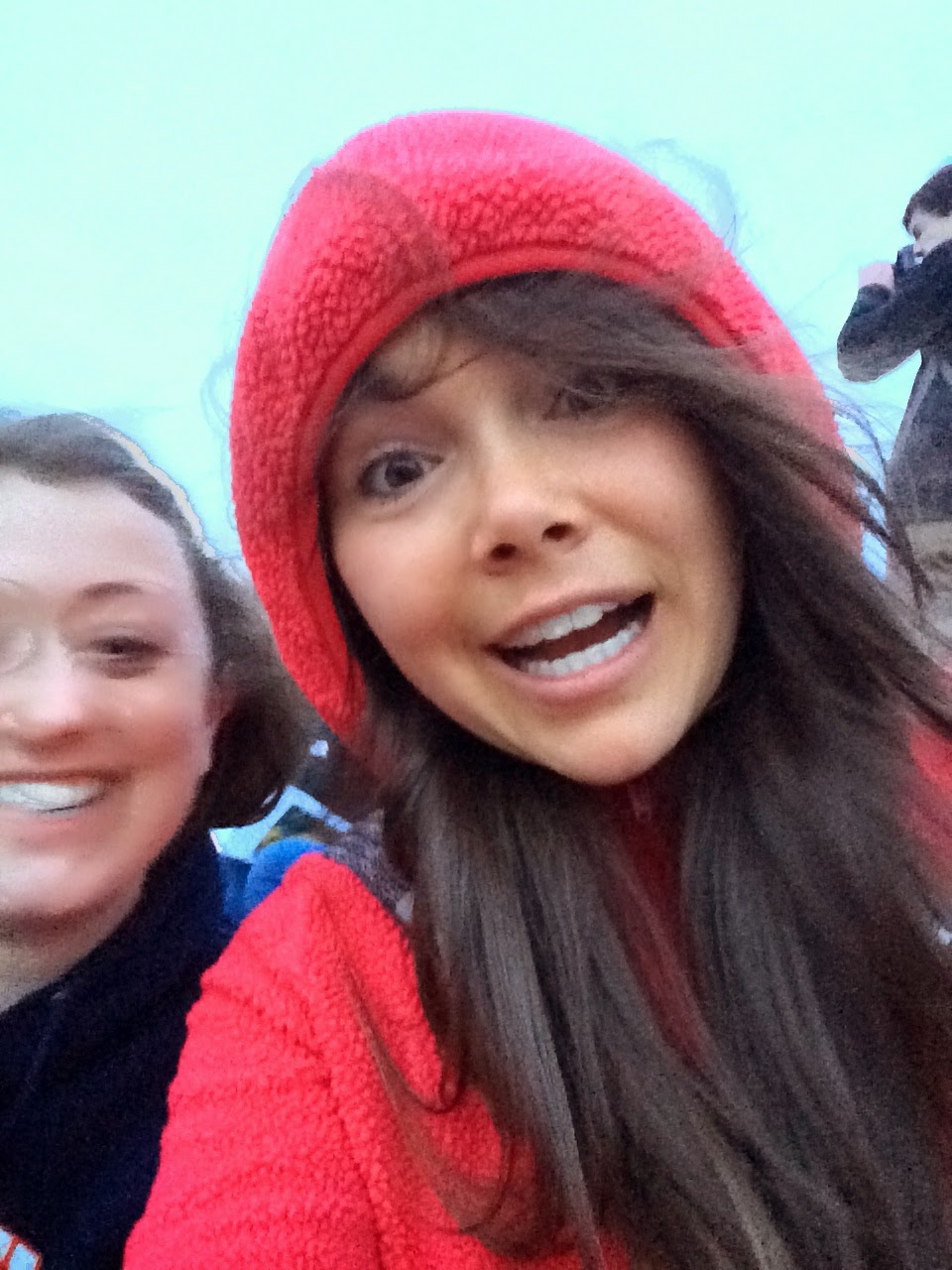 All I wanted was a bowl of hot oatmeal, and after debating an omelet because I felt pathetic for ordering oatmeal out I said heck with it and just ordered it because that’s all I wanted. 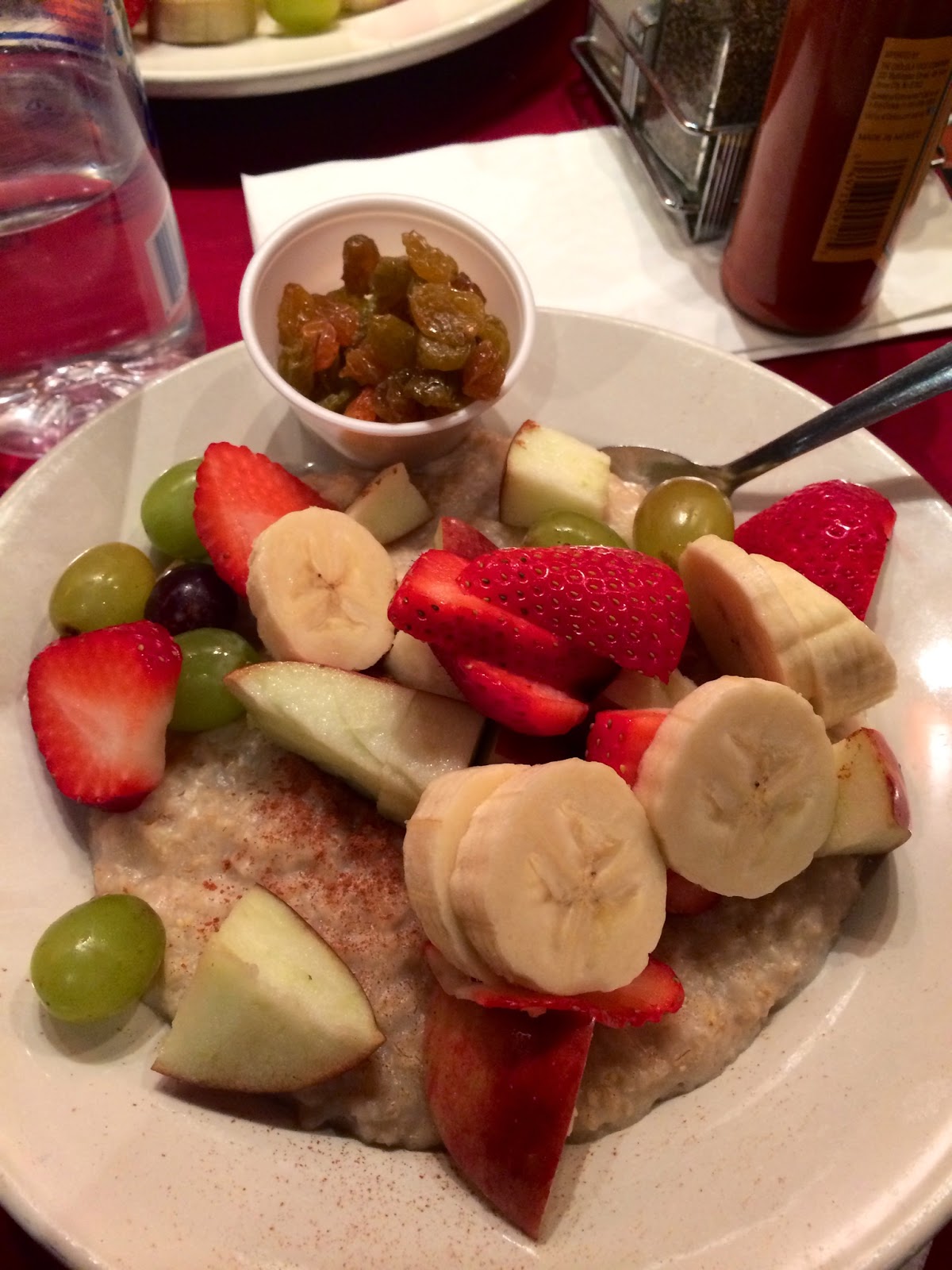 Sunday afternoon as I was walking downtown in the sunshine it got me thinking about exercise and being intuitive.

And I think the same thing goes for exercise. I think to an extent, we should be exercising intuitively.

My exercise routine has changed dramatically since last fall when I was training for the Richmond marathon. And I’d say this is the most “unplanned” and relaxed my exercise has been in a really, really long time. Like, as in 10 years long. And I feel so much freedom. 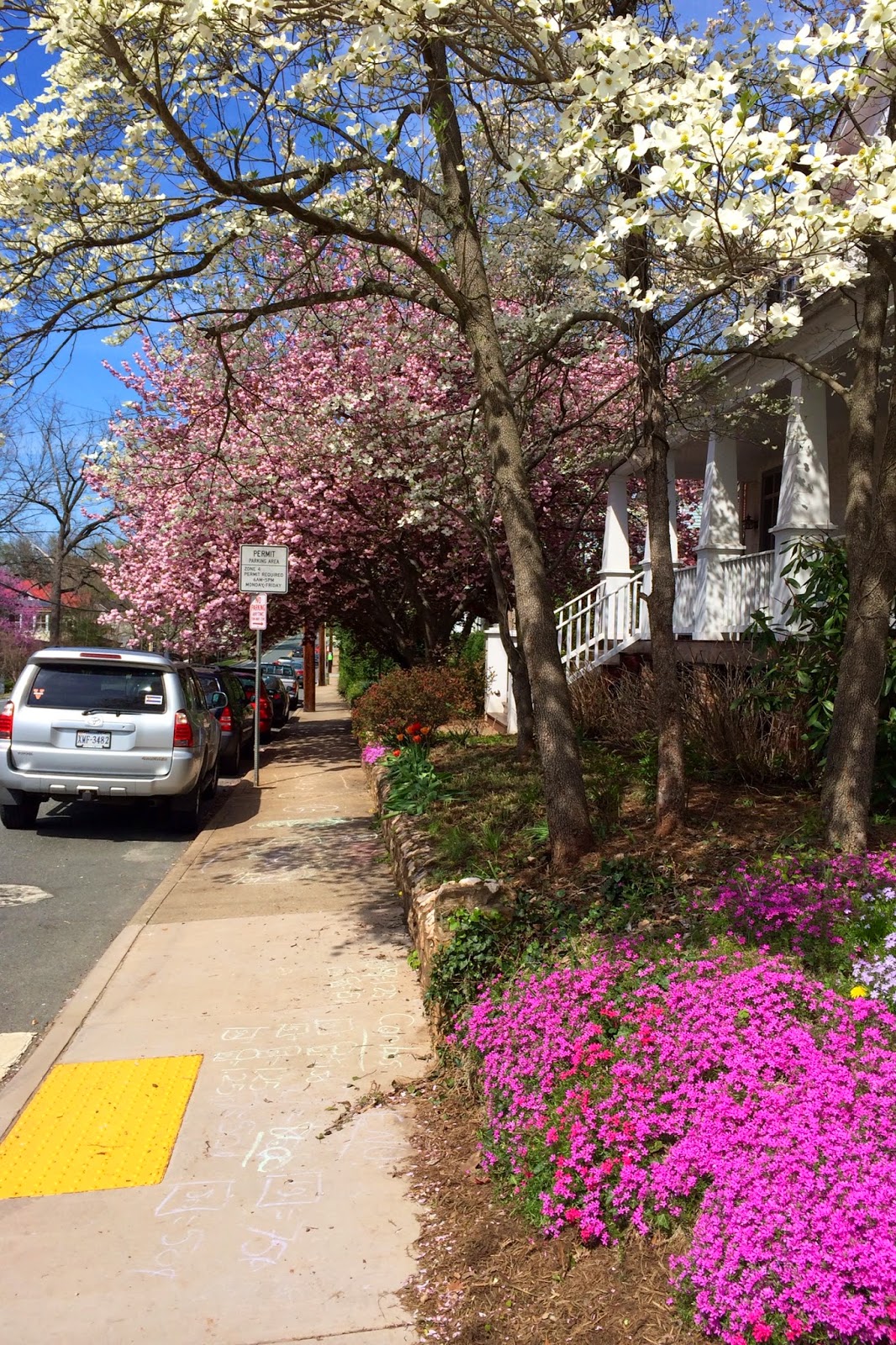 I’ll be the first to admit I’m a cardio junkie, training for and running marathons and longer distances is what my heart loves…but after 10+ years of running and the past 3 spent training for 4 marathons and a few half marathons, my body doesn’t love the long distances so much right now.

And after putting up a fight for a while, these past few months since Richmond have taught me it’s okay to not have a goal or a training plan or a set exercise routine.

I’ve learned that walking is one of the most underrated forms of exercise. Long walks with friends or just with myself are one of my favorite things these days.

I’ve learned that 10 minutes of strength training “counts”…because if I’m honest with myself, I know that I use to feel that I had to break a good sweat for something to feel like a true workout.

And that’s so silly. 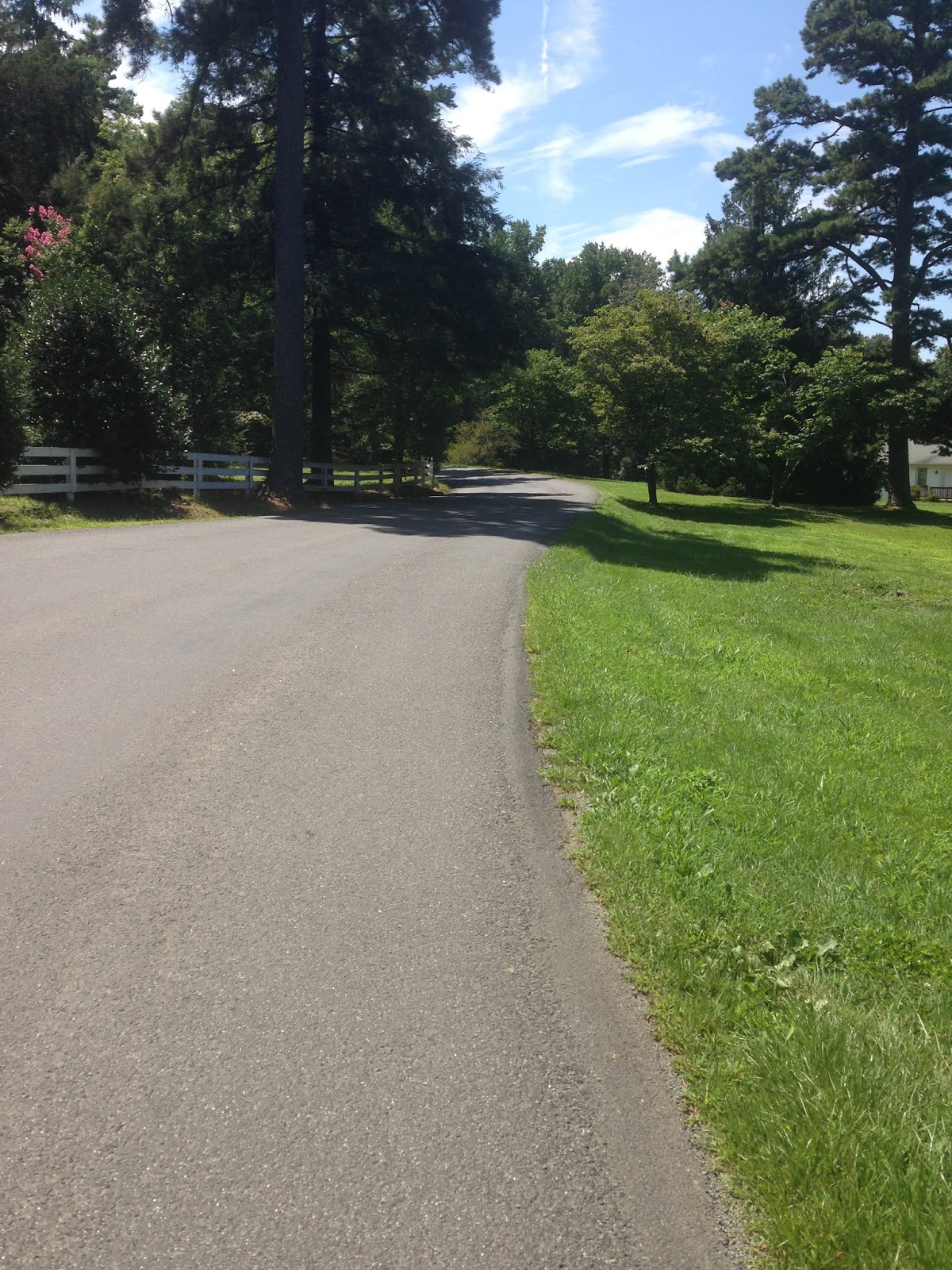 Maybe all our body wants is a good yoga class. Or maybe a long walk in the sunshine. Or maybe instead of that cardio workout we had planned, our body really wants to just do a strength circuit. Or maybe it really just needs a day to rest, and that’s okay too.

And sometimes, if we are following a training plan, it’s okay to not hit your daily mileage. Because sometimes our bodies are just a little tired and run down and need a break. That doesn’t make us quitters, or weak…it just means we’re tired. I know there were many times during marathon training last fall [and sometimes during previous marathon training cycles] where I did not want to run that day. There were also a few mornings when I got to the track at 5:30am, saw the workout, and thought to myself “my body is too tired to run all those repeats.” And looking back I know it would have been okay to take a break that day. It actually would have probably been beneficial and made me a better runner in the long run.

There’s no agenda for how we should exercise, we should be listening to our bodies and treating them with respect and as a gift, not pushing through tiredness and fatigue just so we can say we completed the workout or burned a certain number of calories. 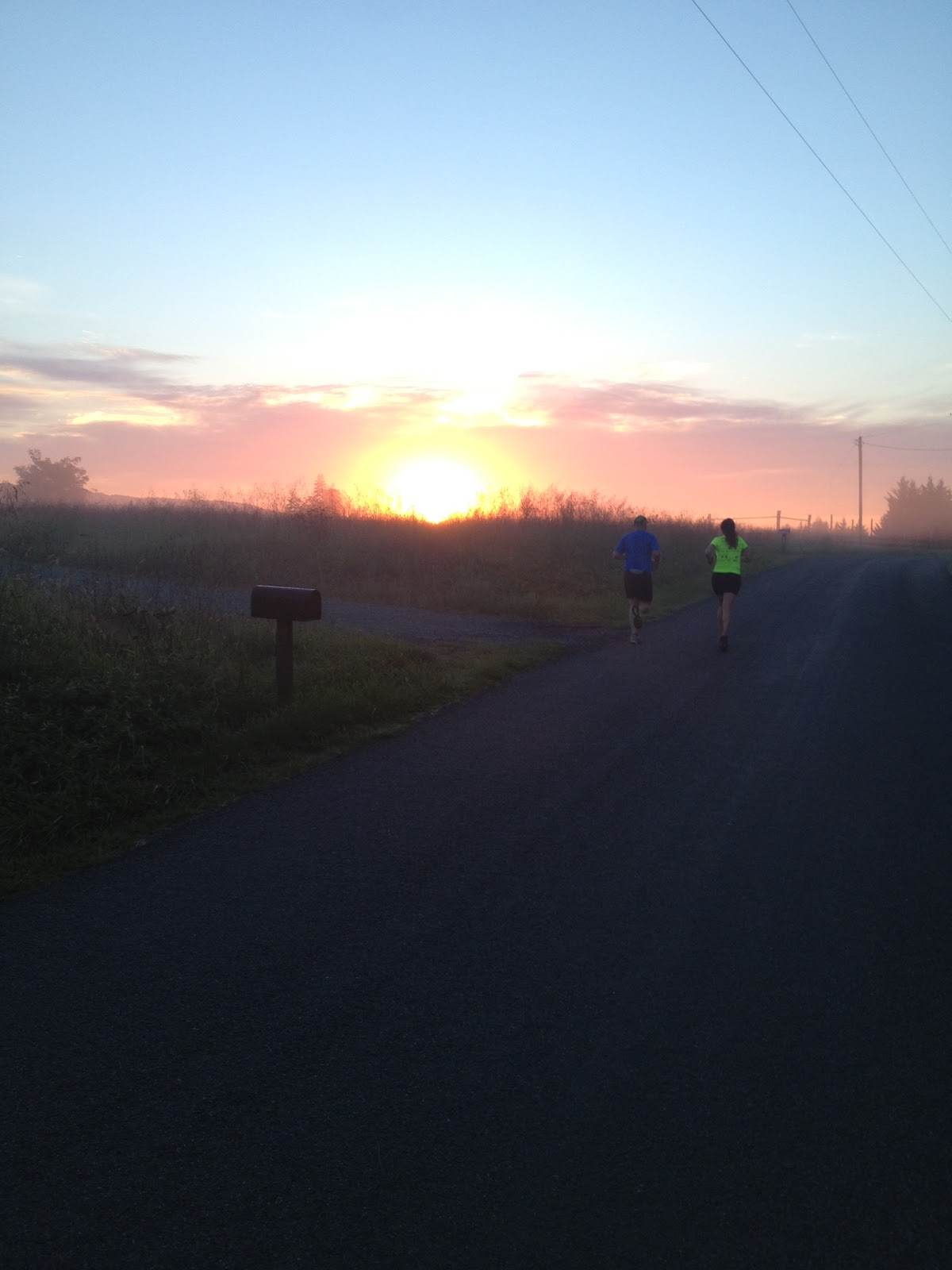 Sure, there are times when we have to push through the end of a workout and then the endorphins rush over us and we feel amazing. But there’s a big difference between an endorphin induced sense of accomplishment and an exhausted sense of obligation.

I’ve also realized I’m not an elite athlete. I know, I’m just now realizing this?! Not really, but what I am realizing is that because I’m not an elite athlete and I know I will never be one, I’m not under pressure to perform to a certain standard or religiously follow a training plan. Exercise and running and racing should be fun, life giving, and exhilarating. And it should make us feel freaking amazing.

Not run down or stressed or guilty or like we should be doing something that our bodies just don’t want to. Exercise is stress on the body. It can be good stress, if we are resting and nourishing our bodies adequately. But when we are pushing too hard, the stress of exercise can cause cortisol levels to become chronically high, which can lead to all kinds of hormonal imbalances, metabolism problems and straight up exhaustion.

Having no exercise routine or training plan has been extremely freeing and liberating.
It’s been a while since I’ve exercised intuitively and it feels pretty dang good.