Good morning! The blog went down on Thursday night and when I called about it, I was told it was a WordPress issue affecting many people and that it would be back up. Ok, fine, so I didn’t think about it as I went to bed Thursday. Well then I worked 13 hours days plus a 75 minute commute each way on Friday and Saturday and had zero time to think about the blog. So Sunday I saw it was still down and had to deal with tech people yesterday, telling myself to take deep breaths because I find technology so frustrating.

And boom, here we are back up! Thanks for coming back and reading today even though I disappeared 🙂 I hope your weekend was awesome! 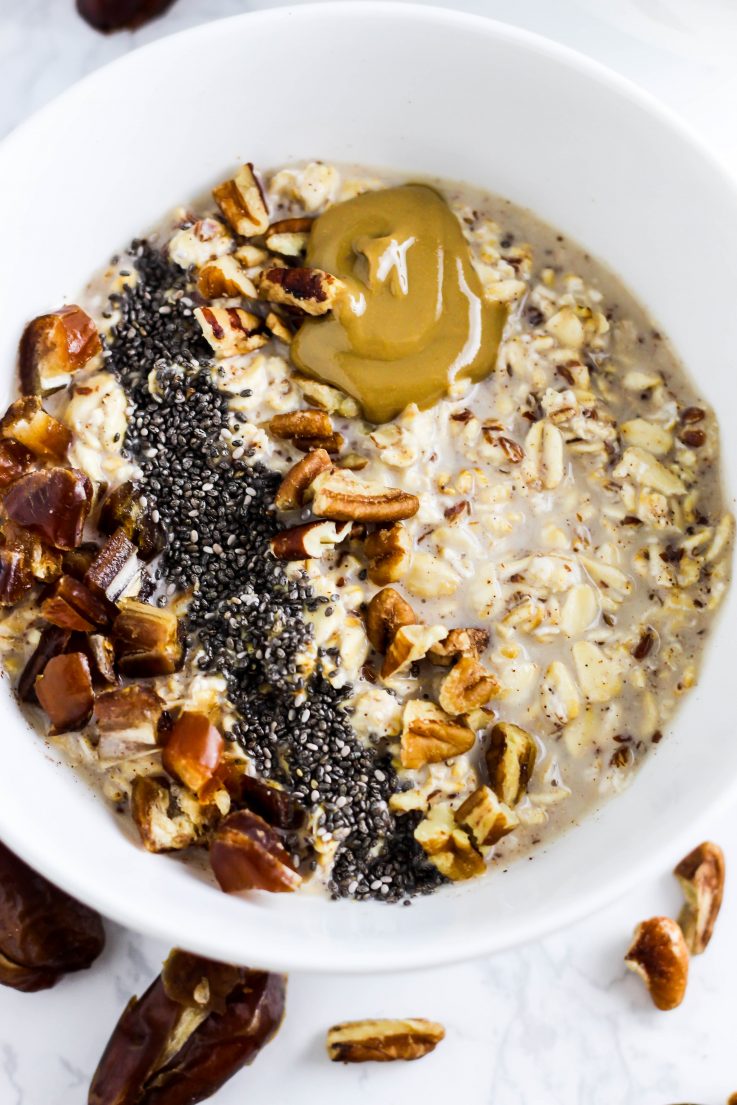 Because technology is frustrating, let’s talk about oatmeal instead. Up until about 2 months ago, I was very much not into oatmeal. Nothing could have been more unappealing when I woke up in the morning than oats. For a while I ate avocado toast with fried eggs, then I’ve eaten buckwheat pancakes for the past couple months with some PB and B toast mingled in there.

But the past couple weeks I’ve been super into oatmeal. Mostly overnight oats, and once in a while hot oatmeal. Overnight oats though are much more appealing. Usually though a bowl of oatmeal won’t hold me over more than 3 hours, so I usually pair it with a green smoothie or scrambled eggs so it sticks with me. But you do what feels good to you. 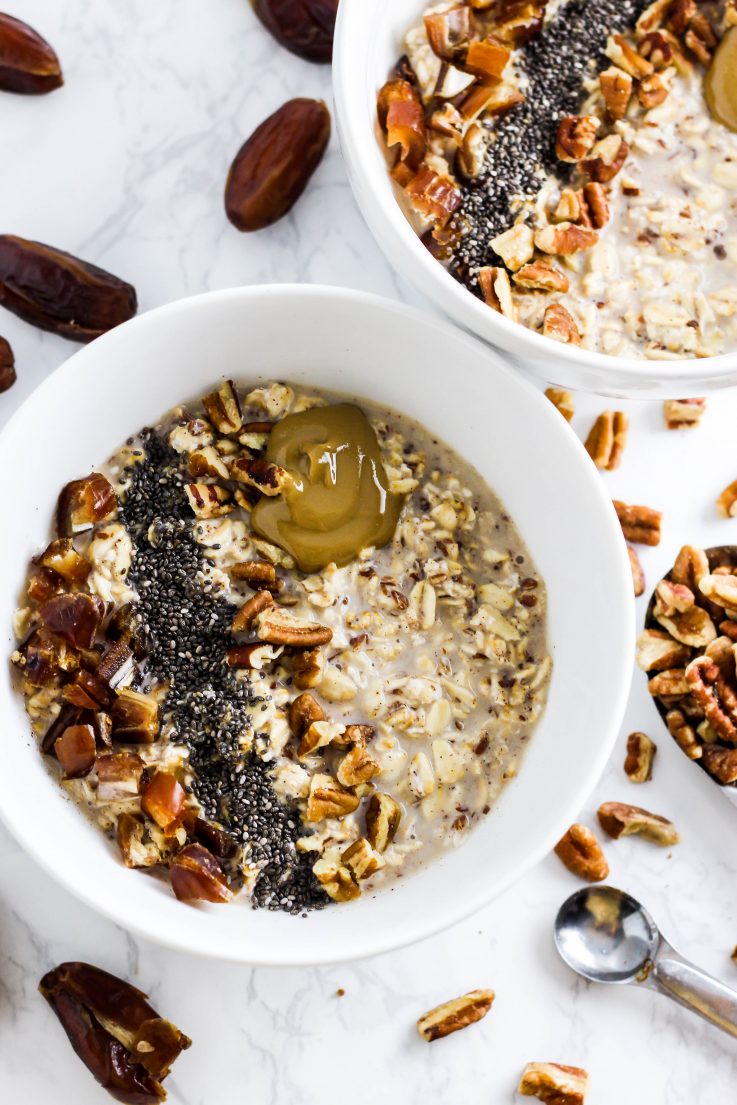 If you don’t like oatmeal at all, don’t eat it. If you like hot oatmeal instead of cold, do that. I feel like sometimes people eat oatmeal because it’s “healthy” even though they don’t really like it. Life is too short and food has too much awesome potential to eat things that don’t satisfy you. If you like your oatmeal without chia, do that. I personally hate banana whipped into my oatmeal, mushy banana makes me want to gag. If you don’t like pecans, switch it up with almonds or whatever YOU like. Add yogurt if you want and cut the liquid in half. I do that sometimes too. Anndddd, this recipes says 2 servings, but it could be 1 serving if your body is hungry for that. You do you, boo boo. 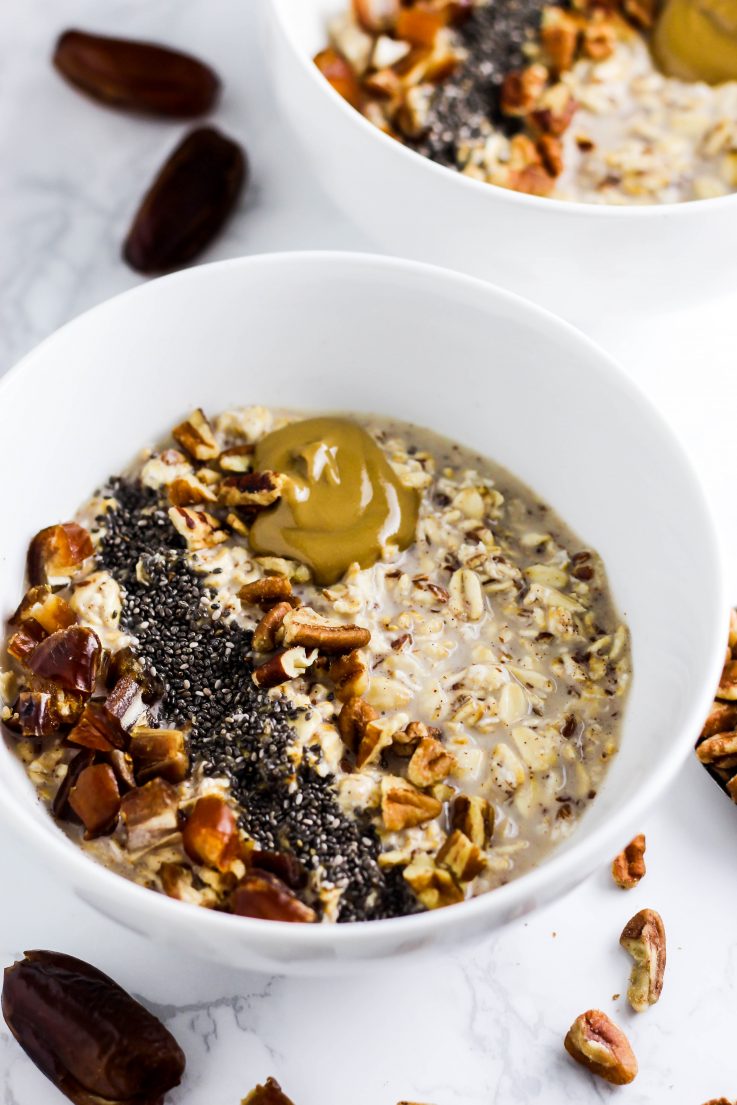 Maybe in a couple more weeks I’ll be over oatmeal again, but for now I’m into it. I’m pretty sure that’s how bad boyfriends work.

Serves 2 {more or less depending on your hunger}

« daily eats
Not Getting Your Period Is Not Normal »