June always flies by, feels super busy and is full of celebration! Between five family birthdays, a friend birthday and Nick’s birthday there’s birthdays every week. I feel like June is a popular birthday month? Cheers to June birthdays! Nick turns 29 tomorrow and so we celebrated this weekend with a progressive dinner party – progressive meaning, the wine paired with the food progressed from lighter to fuller bodied throughout the meal. Our favorite wine store, Urban Grape, is based on this philosophy and we have found it not only really fun to learn about wine this way, but so much less confusing and way more approachable. We went to a wine tasting event back in February where the owners walked us through this progressive philosophy and it was the best tasting I’ve been too because I felt like I really learned – if you’re interested, here’s more about the progressive scale and their book! 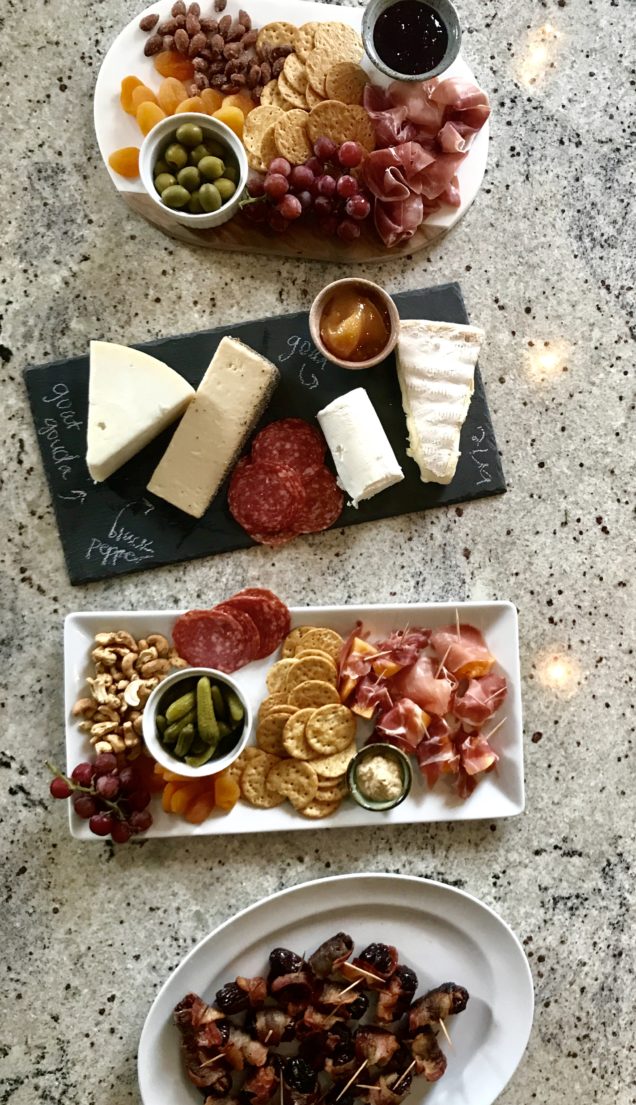 We started with a mega charcuterie board. We eat cheese boards often, so I wanted to make this one feel out of the ordinary. Bacon wrapped dates, prosciutto wrapped cantaloupe (sounds weird, tastes fab), a variety of cheeses and jams and nuts and dried fruit, artichoke bruschetta and lots of other things. The charcuterie was paired with a Lambrusco – a sparkling red wine that I have never had before but was very good. For dinner I searched Pinterest and made this arugula, cucumber and feta salad to start that we drank with a Venica Pinot Grigio from Italy and then the main course was this garlic basil chicken with tomato butter sauce over linguine that we drank with a red wine – a Cerasuolo di Vittoria. Lastly, for dessert I made up a “recipe” for a homemade ice cream cake because ice cream cake sounded awesome. I made a box of TJs brownies, layered on vanilla ice cream, then crushed up TJs version of Oreos (aka Jo Jos) + caramel sauce, more ice cream and then topped with whipped cream and chocolate shavings. I think everyone left with full bellies. I love to throw dinner parties and this was a fun way to mix it up – the recipes were simple to put together too so highly recommend those if you’re looking for easy meal ideas!

You may have seen this swirling around the internet. Recovery Record is an app used by a lot of RDs and clients to help in ED recovery. I have clients that use RR and I think it’s a great app. They recently released another app called Nourishly which is a more general nutrition app that helps people become healthier with features like tracking hunger and fullness, stress levels, sleep, meals, digestive problems and other symptoms. There was some uproar because it was being marketed as a “weight management” app and had diet centric features. Given that Nourishly and Recovery Record are under the same business umbrella, the messaging was conflicting and harmful. Marci Evans and Christy Harrison led the way with speaking out and the CEO of Recovery Record was so receptive! Everyone is going to make mistakes (I’ve made plenty!) …we are all human. The CEO responded with such humility and openness to feedback – I thought her response was really admirable. It was really encouraging to see the changes and to have an app now that promotes true health and helps people with health problems and chronic disease focus on getting well by emphasizing health promoting behaviors and not weight loss. Here’s a screen shot from their webpage that I think is fantastic. 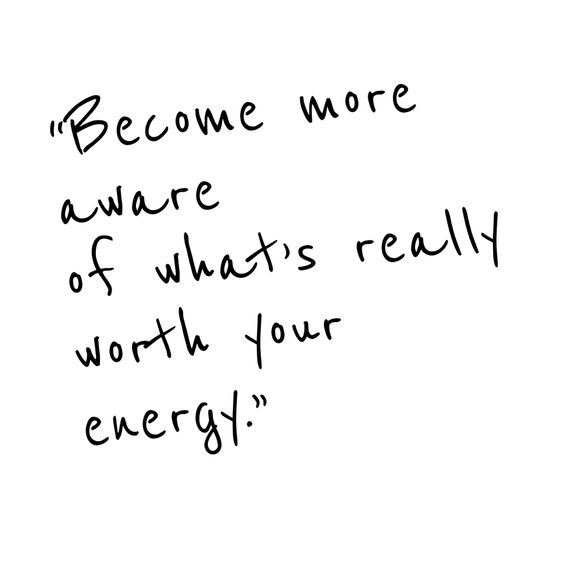 4. What if that thought wasn’t just true just for other people, but for me too?

A client emailed me some things that were clicking for her and one of them was this question. It seemed simple, but was rather profound. For myself when I was going through my own journey, and for many women I talk to, they are able to believe things for other people such as…. “their body won’t get out of control if they stop calorie counting” or “that person can be ___ size and they aren’t less valuable” or “my friend can eat ice cream and that doesn’t make her a bad person..” or “they can practice intuitive eating, that works for them” …but believing that for themselves seems impossible. But what if you asked yourself, “What if that wasn’t true just for them, but for me too?” This way of thinking is like an “exception effect” where things apply to everyone else except ourselves. I just made “exception effect” up, but there are probably areas in life this applies to outside of food too. 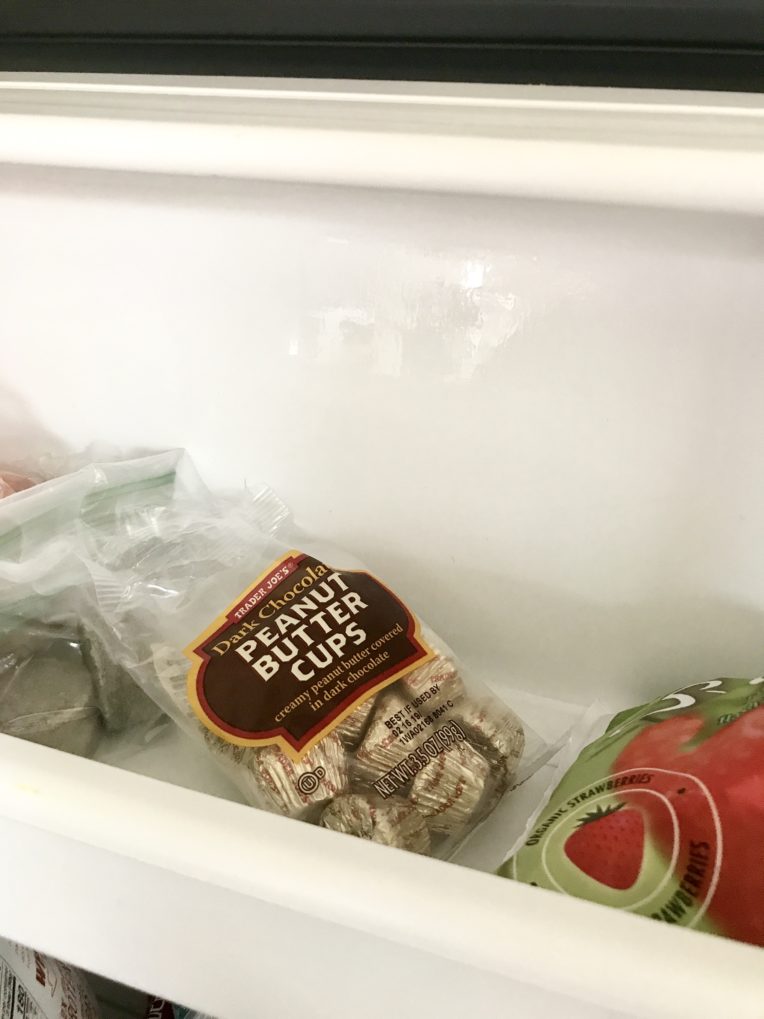 I forgot about these for a hot second and I never will again. Who else picks up a package of these goodies for 99 cents every time you check out at Trader Joe’s?

Have a great week!

« Understanding PCOS [Part 3: Evidenced Based Supplements]
Behind the Scenes of Intuitive Eating »