Writing this post has been on my heart for a while.

We just wrapped up our pediatric rotation so this weekend was the first time in 8 weeks I wasn’t studying, traveling, or having people in town. Waking up to a slow Sunday in my own bed is what weekends are made of. 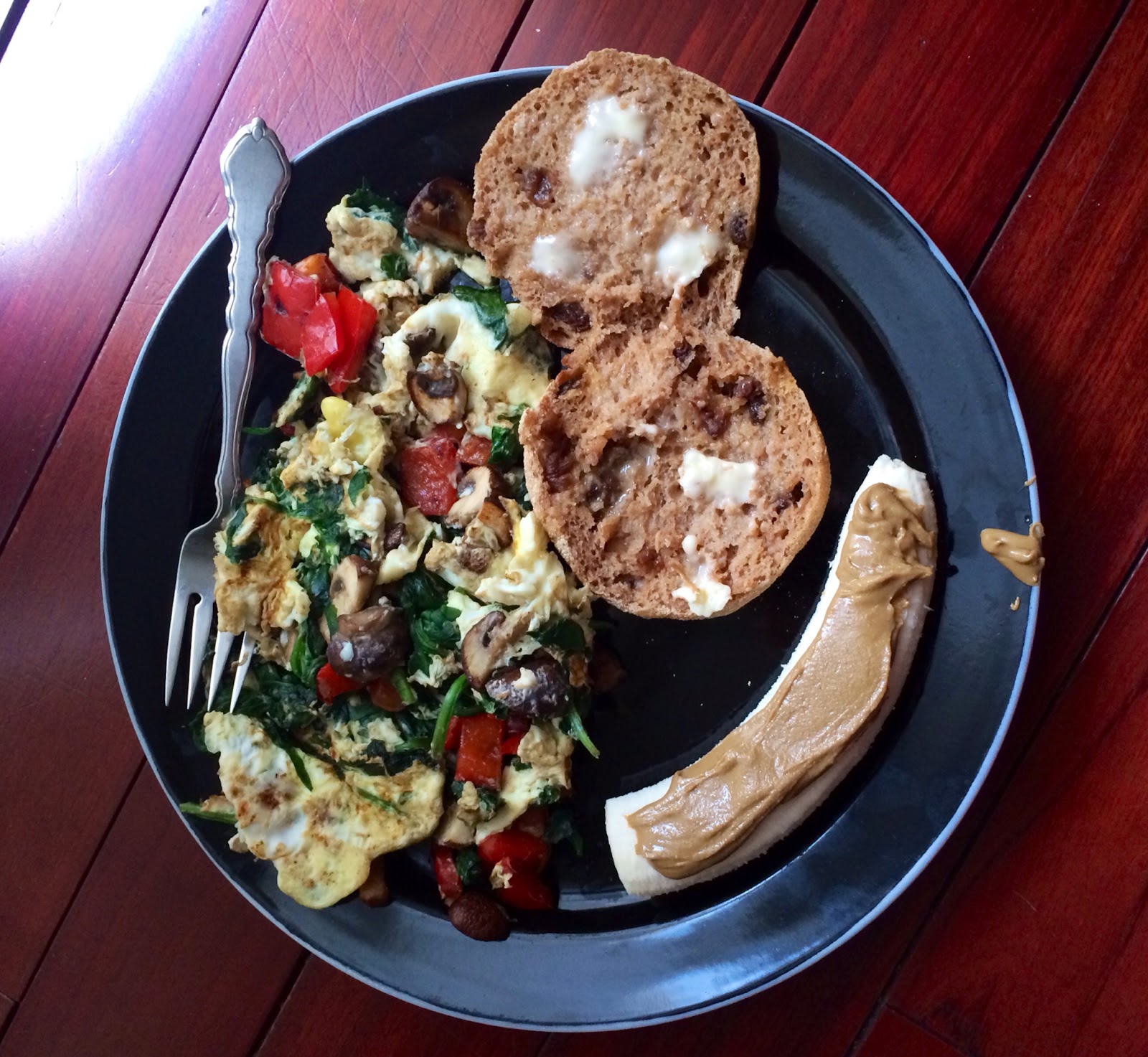 I write a lot about eating enough, hormones, sleep, stress blah blah blah. You might even be sick of hearing about it. I was fortunate enough to have the opportunity to work alongside a brilliant, out-of- the-box endocrinologist, when I started my career as an RD. He taught me more in 18 months than I learned in 5 years of studying nutrition in college plus another year of a dietetic internship. So much of my knowledge and passion about health and healing comes from him. But much of what I write about is also rooted in my own experiences, and the uncertainty and frustration I’ve walked through.
I struggled with disordered thoughts and behaviors around food and exercise throughout the end of my high school years and my first couple years of college. Not a full blown eating disorder, but let’s be real- skipping workouts left me anxious and late night pizza triggered the self guilt cycle which turned into trying to “clean things up” during the week. I was always thinking about calories and how not eat to much and when I was going to workout. I was a dietetics student but far from healthy.

Then, during my junior year of college I started reading about “real food” and started to focus on nourishing my body instead of drowning my body in diet food chemicals and artificial sweeteners by way of Special K, Diet Coke and Dannon light and fit yogurt. I began eating more and realized not only did I not “gain a jillion pounds”, but I felt better. And over time my mindset shifted and I was maintaining a healthy weight while eating what I wanted, running because I loved it and feeling overall good in my body. 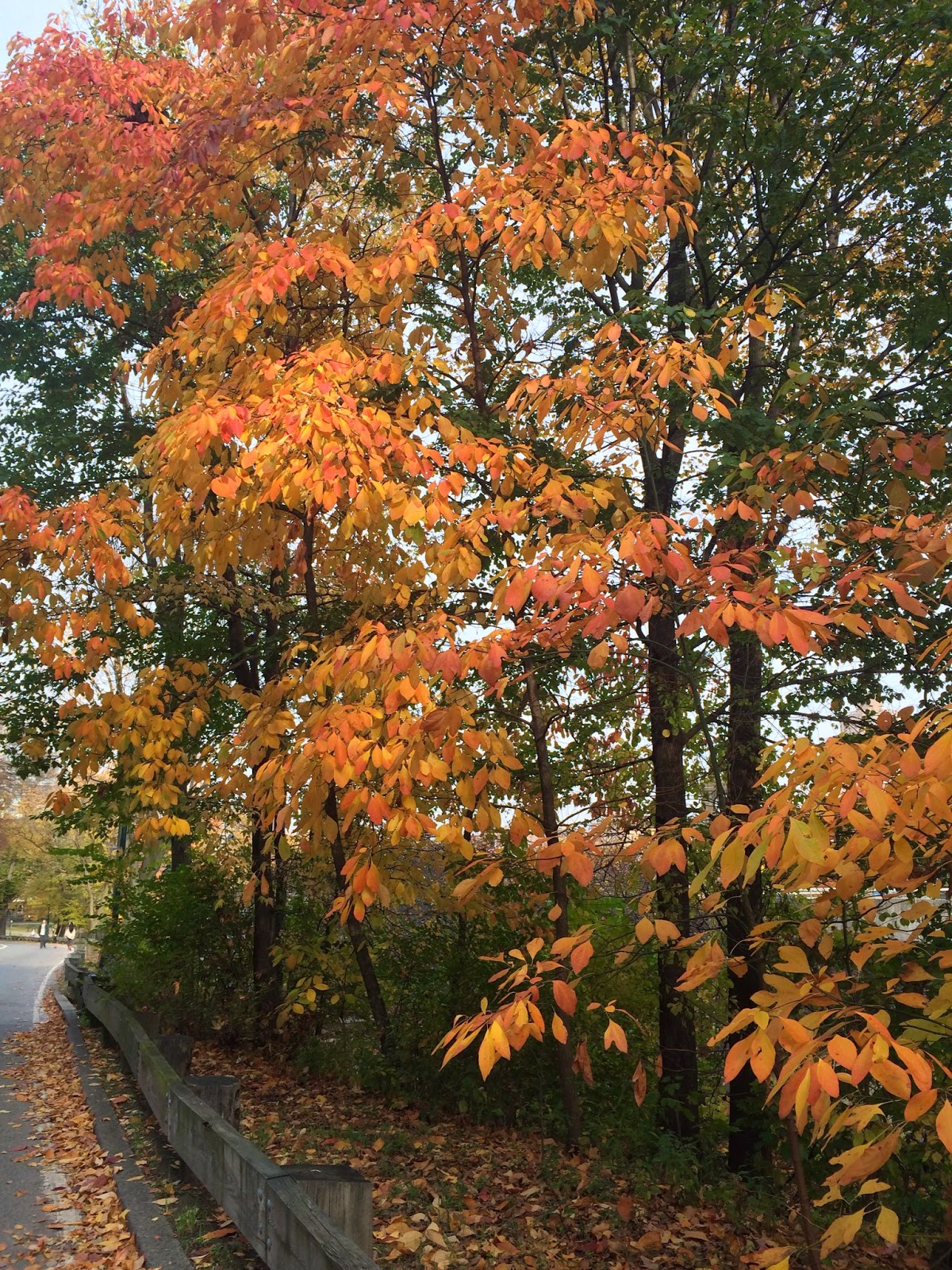 I graduated from Indiana University in May of 2011 and moved to Charlottesville, VA to do my dietetic internship at the University of Virginia. I finished up the internship in June of 2012 and started working as an RD in August. Again, I ate what I wanted and had a healthy appetite, was still running and had my share of late nights out. I think I was still holding onto college 🙂

Then, at the beginning of 2013 I began doing a lot of strength training with a local gym in Charlottesville. And when I say strength training…I mean we were lifting heavy weights. I don’t really do heavy weights and lifting, I’m more of a yoga gal. But I was told this was great for becoming a better runner and I liked the group I worked out with so I stuck with it. At the same time I was running with the Charlottesville Track Club so on some days I was running + lifting. In my mind I wasn’t sweating and getting my heart rate up when lifting like I do when running so I didn’t see the lifting as a “workout.” Trust me, I know how irrational this thought process was, but I didn’t feel hungrier and was still eating a good amount, what I thought was enough. Looking back I was probably eating 70% of what my body actually needed.

I enjoyed the running and lifting and in June I began marathon training for the Richmond marathon. At the same time I started training for the marathon, Nutshell Nutrition was growing exponentially, I was independently leading a wellness program at work which we had just started and I began applying to nursing school and was traveling often. I was also in the mindset that I didn’t really need 7-8 hours of sleep and on most nights was getting 5 1/2 to 6 hours.

For the most part I felt pretty good and was focusing on nourishing my body and improving my running in hopes of a BQ at the Richmond Marathon. But then my pants started to get tighter. I hopped on the scale to see it was up 4 pounds. I didn’t really think much of it because I knew how easily weight can fluctuate. But then a few weeks later I hopped on the scale again and it continued to creep up a couple more pounds. So at this point I thought maybe I should be aware of what I was eating so I tried to be conscious of mindless eating and what I was snacking on at night. Well, a few weeks later and the scale was up a couple more pounds. At this point I was annoyed with not only my pants getting tighter but the scale going up. That was the last time I stepped on the scale for the next 6 months. I didn’t like how seeing numbers made me feel and the scale did nothing beneficial for my health- physically or mentally. 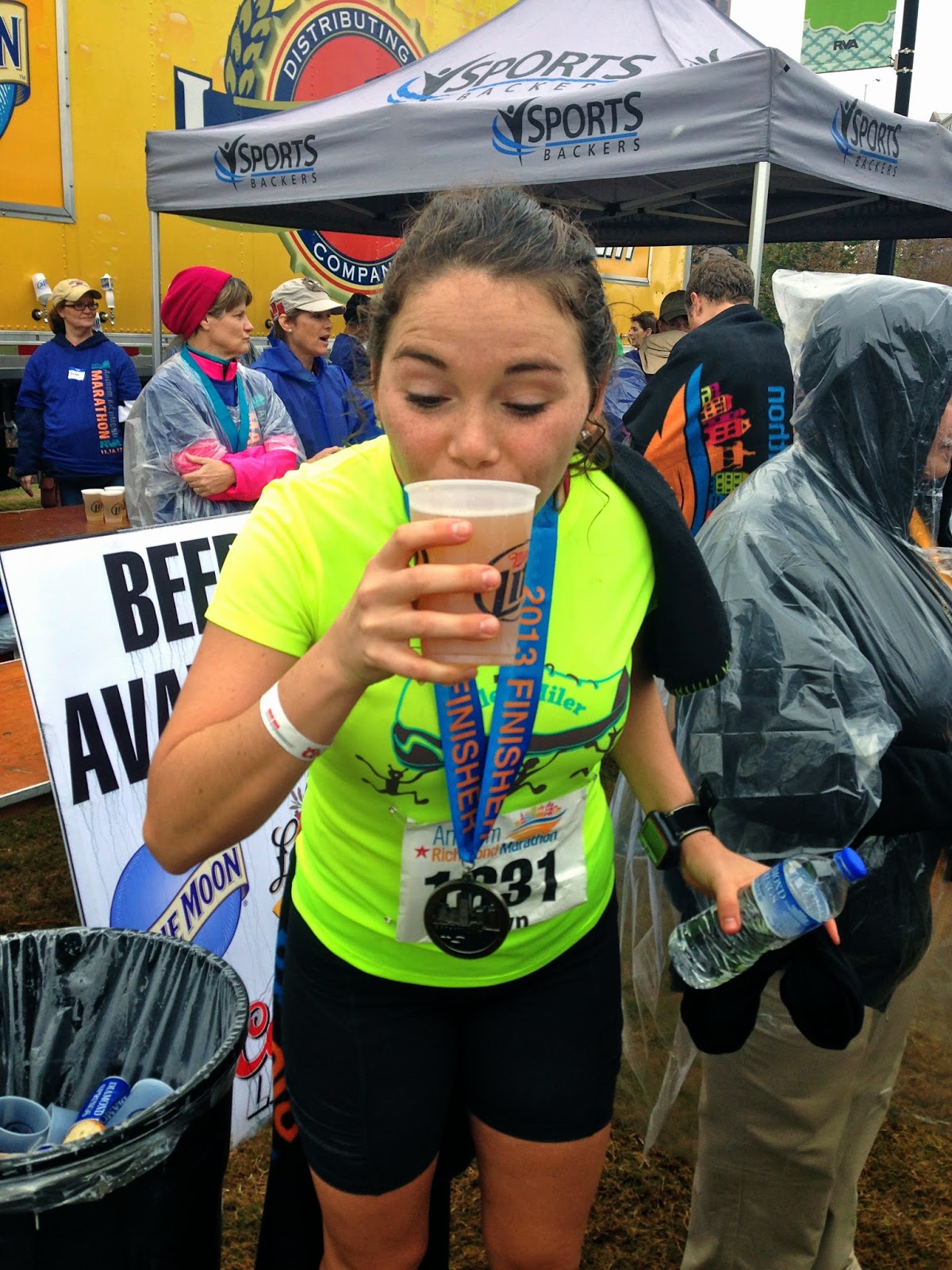 Thankfully I worked with two amazing doctors and had learned so much about hormones in relation to nutrition, sleep, and stress that about four weeks before the Richmond Marathon things clicked and I started to put the pieces together. If I’m honest with myself, I think I knew what was going on, but I didn’t want to admit that I needed to slow down and simply rest. I told myself after the marathon that I would get things back in balance and the weight would level off. So I ran the marathon (with a strained hip) and fell a good 24 minutes short of that BQ. My body had had enough.

Looking back I thought I was eating enough, but really on long run days when I needed to be eating a lot, like 3500 to 4000 calories and I was probably eating at most 3000 calories a day. I throw out these numbers, because even after a few years as an RD you become very familiar with what calories look like. And it doesn’t take a huge calorie deficit over a long period of time to put your body under a whole lot of stress. My body needed more sleep, I needed to stop running and exercising and I needed to just REST. So that’s what I did. Nursing school applications were submitted, the marathon was over and our wellness program at work had ended.

At this point, I needed to buy all new pants so I did that too. There was no use in stuffing myself into pants that were too small. Frustrating as it was, I felt 1000 times better. Hard as it was, I stopped all cardio and only did yoga and walking for the next 3 months and I made sleep a priority. Despite the weight gain I focused on eating what my body needed. This was not a time to cut calories in an effort to lose weight, that would only create more stress on my body. If my weight would stabilize, I’d be happy. So that’s what I did. I rested, ate enough and slept.

I won’t lie, it was challenging. It was difficult to realize as an RD, I was the antithesis of health. But at the same time I was so thankful to have the knowledge about how much food my body really needed and insight to realize I wasn’t eating enough for my activity and even more importantly, I was thankful to have the knowledge to know that cutting calories and exercising more was NOT the solution. I had cortisol pulsing through my body and in order to stop the continuous stress on my body and balance hormones, it needed sleep, good nutrition and rest from exercise. 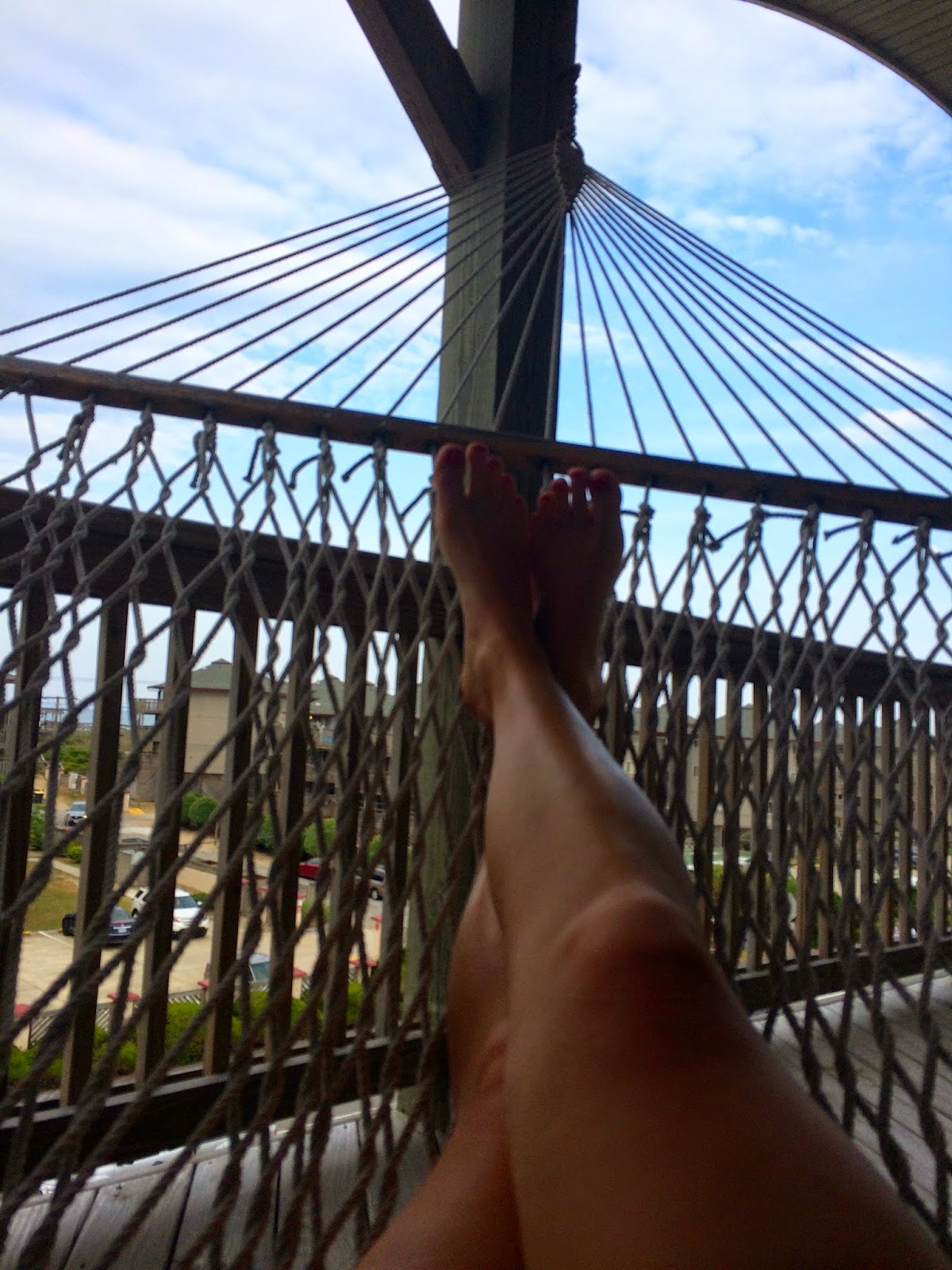 I had gone up a couple pant sizes in about 8 months. I was in new skin and it wasn’t comfortable. But the more I started to embrace the rest and simply taking care of myself, the easier it was to get use to this new body. It took from November to about January of this year for my weight to stabilize…the only way I knew this is because my pants fit the same, there was no way in hell I was getting on the scale. I had no desire to. And it took until April of this year for my body to be okay with running again.

It was a long and frustrating road at times, but one I’m so thankful for. It taught me so much. It gave me the platform on which to write and share with you guys. When I write about hormones or stress or eating enough, I write from what I’ve read and studied, but I also write from experience. I’ve walked in the same shoes of many of my clients and I get it. I really do.

And if you’re wondering, I didn’t lose the weight I gained. I wasn’t really focused on that anymore. I simply wanted to be healthy. So much of my identity was wrapped up in running and body image before and the weight helped me to let go of that. I am a regular woman and women have hips and curves and cellulite and I think that’s freeing just to be okay with an everyday body. 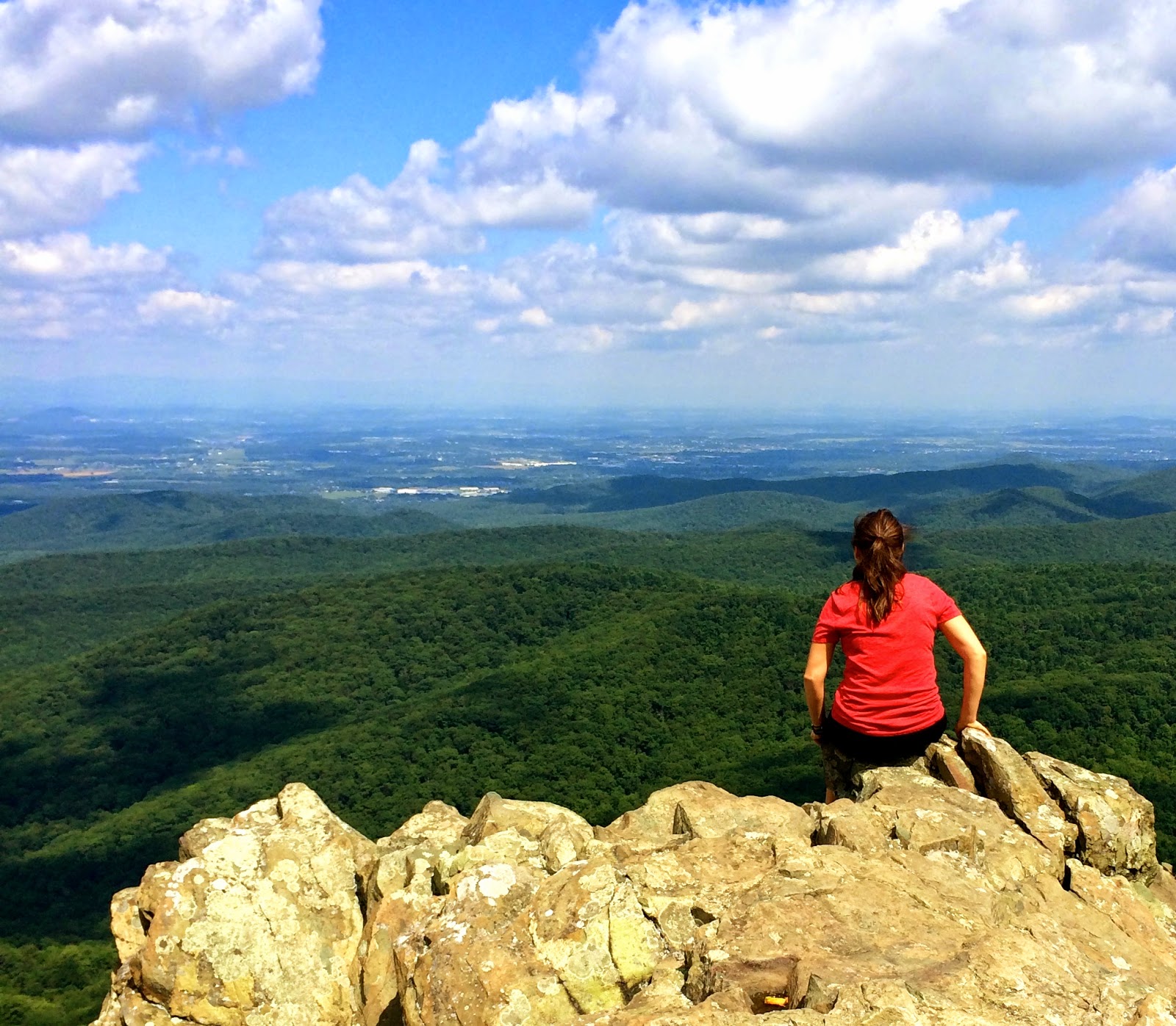 The most freeing part is that now, I’m eating whatever I want whenever I want. If I don’t have time for a workout that’s okay. Sleep is the priority. And the food scene in New York City is amazing. If I go out to dinner and eat more than I intended, it’s always worth it. Things balance themselves out. My body is the master of it’s size. The beauty in letting yourself rest, honoring your hunger and cravings and doing movement that feels good is that the body will find its healthy set point. Our bodies are smart.

There’s freedom in letting your body just be. In embracing it for what it is right now. In resting instead of pushing through another day. In enjoying food for what it allows your body to do, instead of what it can transform your body into.

And if you’re walking the same road as I did, I get it. I really do.
And it’s going to be okay.