This weekend away from the city was so restful. Not what you probably think of when you think “bachelorette party” but it was. Nicole is super laid back, so the weekend was similar. No real plans or agenda, just doing whatever, whenever. 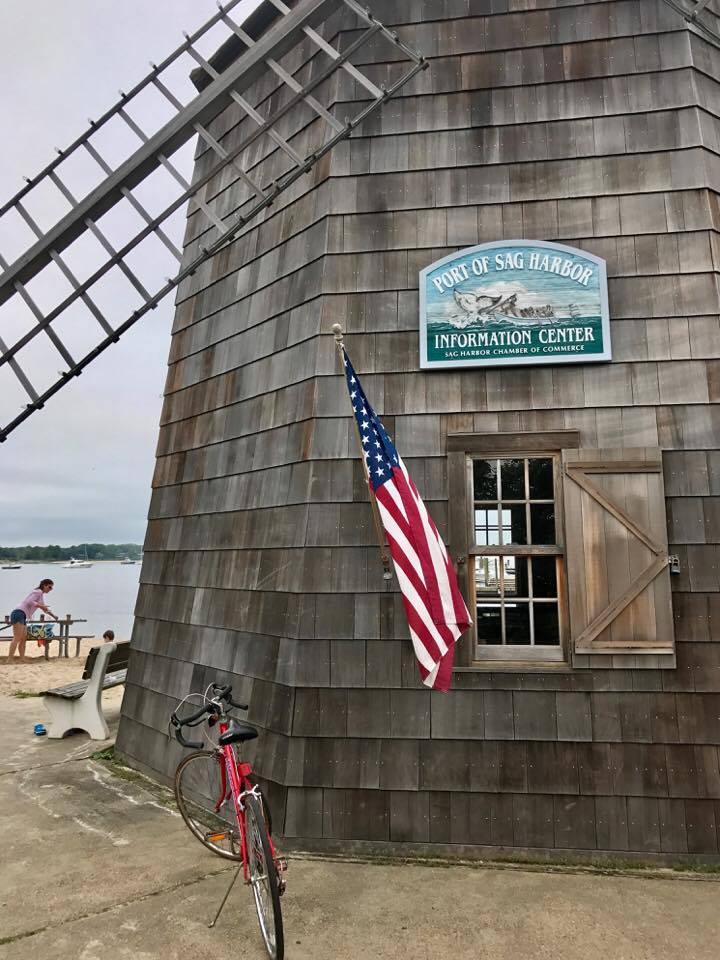 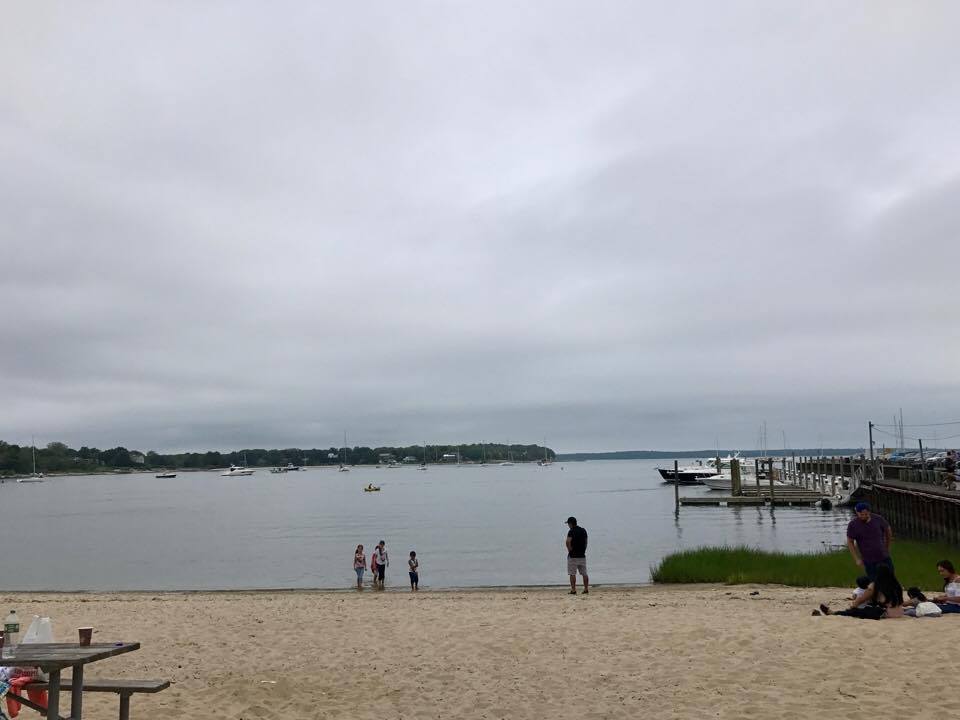 We took the train out to Bridgehampton on Friday afternoon and got to the house around 4pm. The house was found on Home Away and although the outside appeared a little sketch when we pulled up, it was really cute and cozy inside. 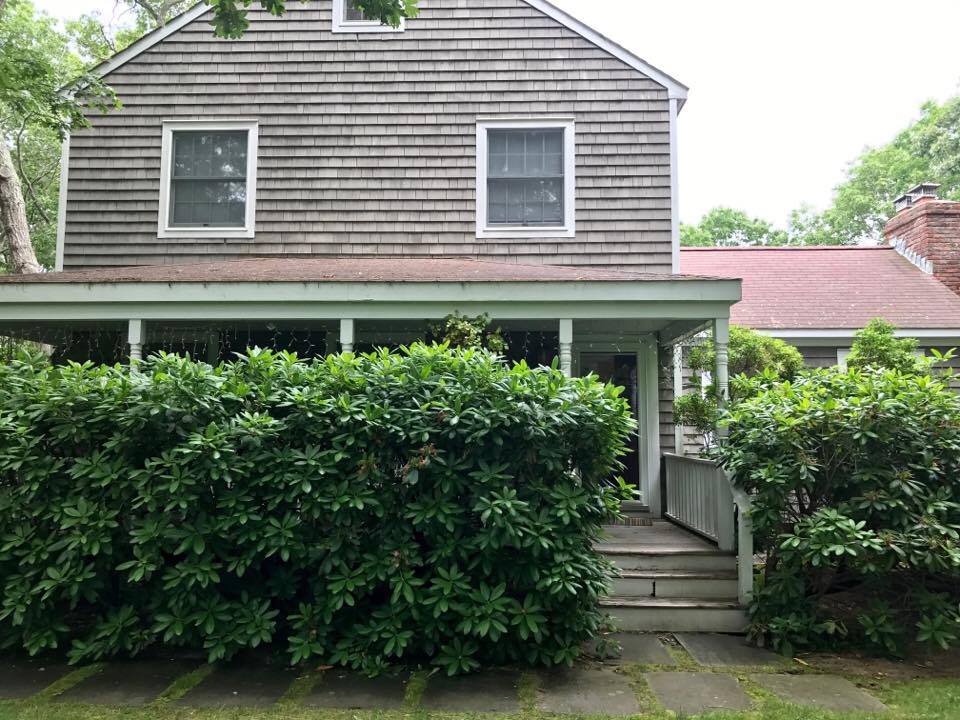 Friday night we chatted and chatted, drank wine, ate pizza + salad and had a little lingerie shower for Nicole. I stayed up a little later talking with a couple girls and then we all fell asleep by 12:30 or so. 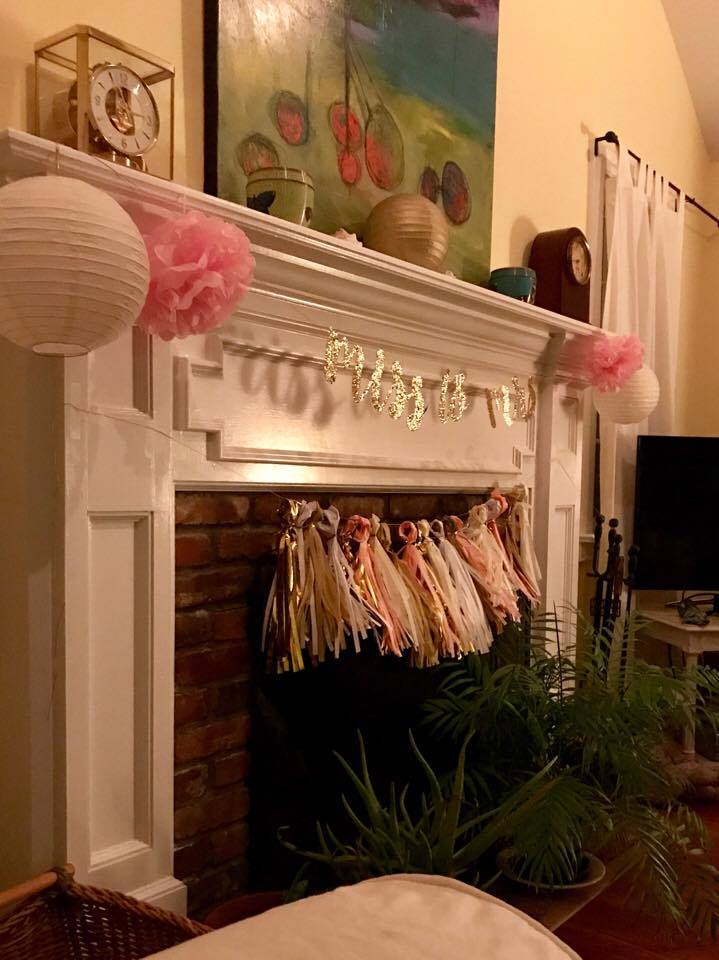 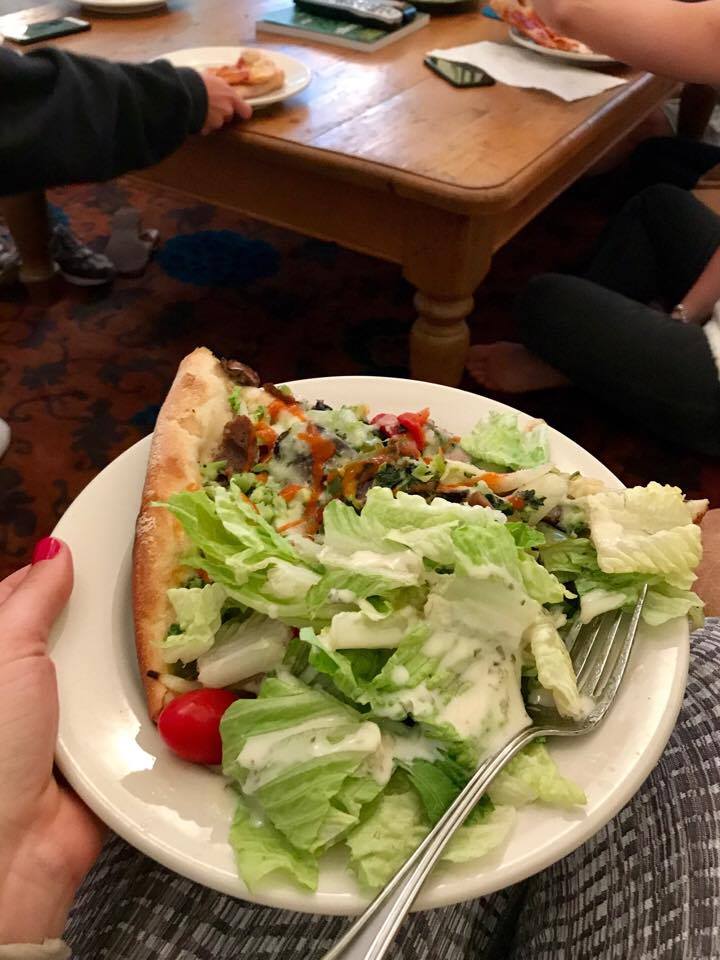 I think now that my body is so use to the 5:30-6am wake up during the week that I found it really hard to sleep in this weekend. I hate that, but oh well. I was one of the first girls up on Saturday around 7:30am, but that was perfect since I had some quiet time to read, drink coffee and just be.

We ate breakfast and laid around the pool in the morning and afternoon. 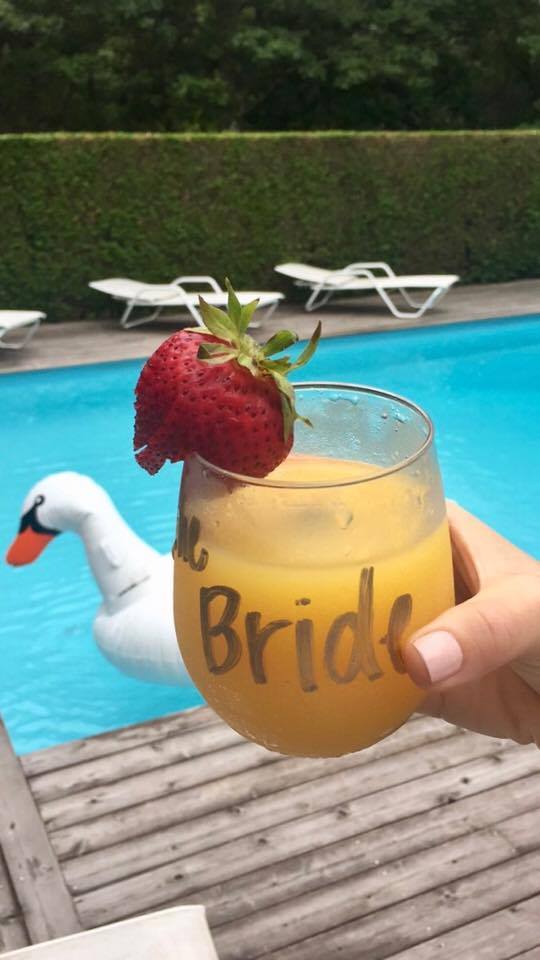 But around noonish I was itching to move my legs and explore the town and I needed a social break to clear my head so I went on a slow run down to Sag Harbor and walked around the town for a bit while listening to a podcast. 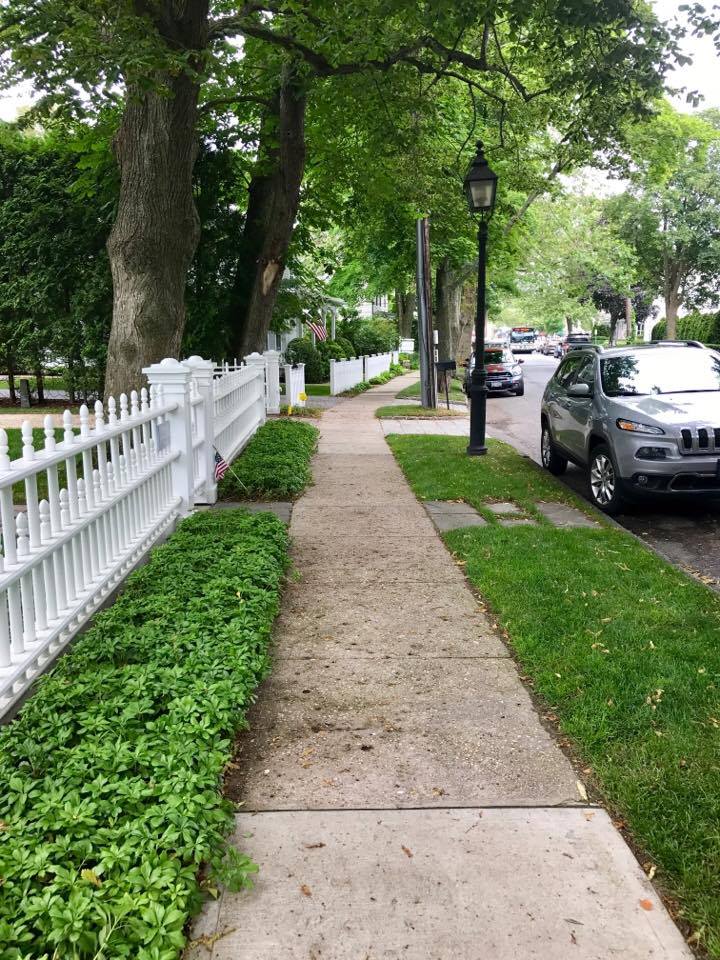 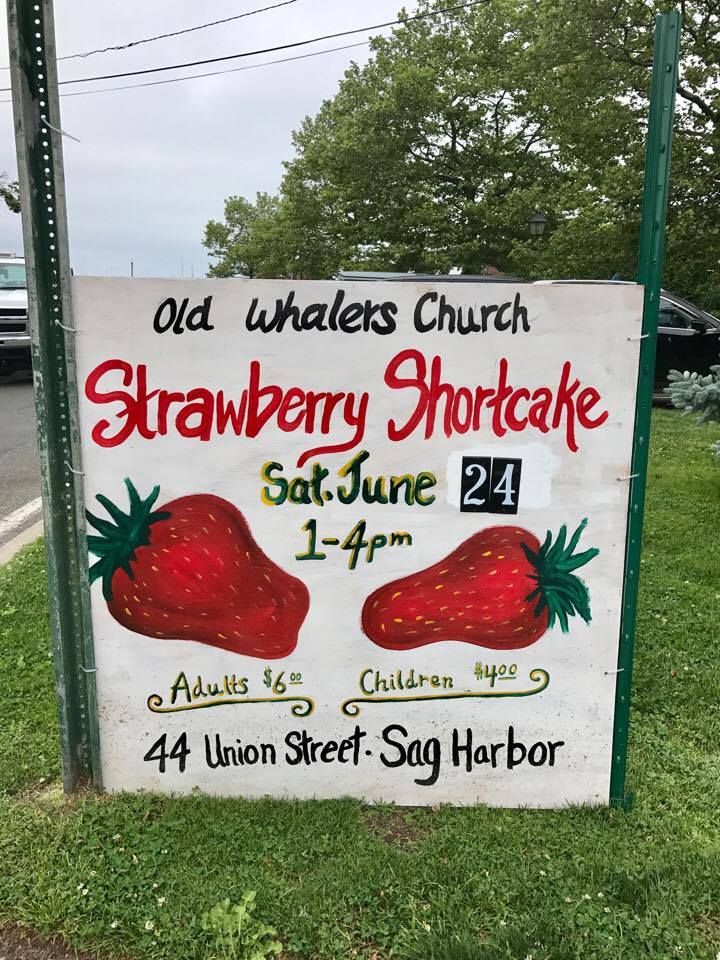 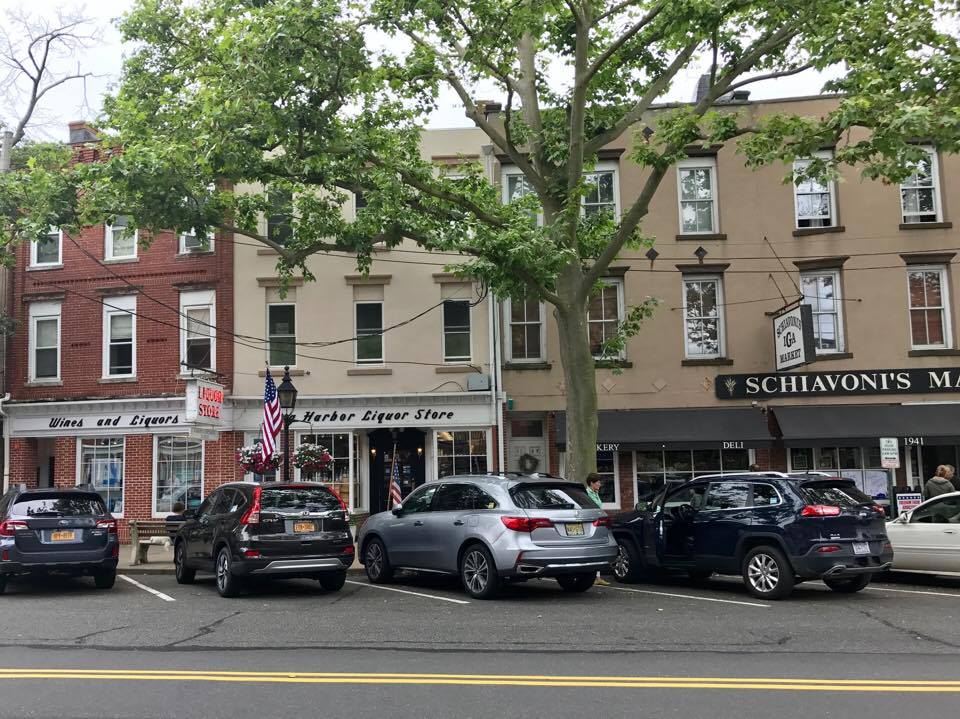 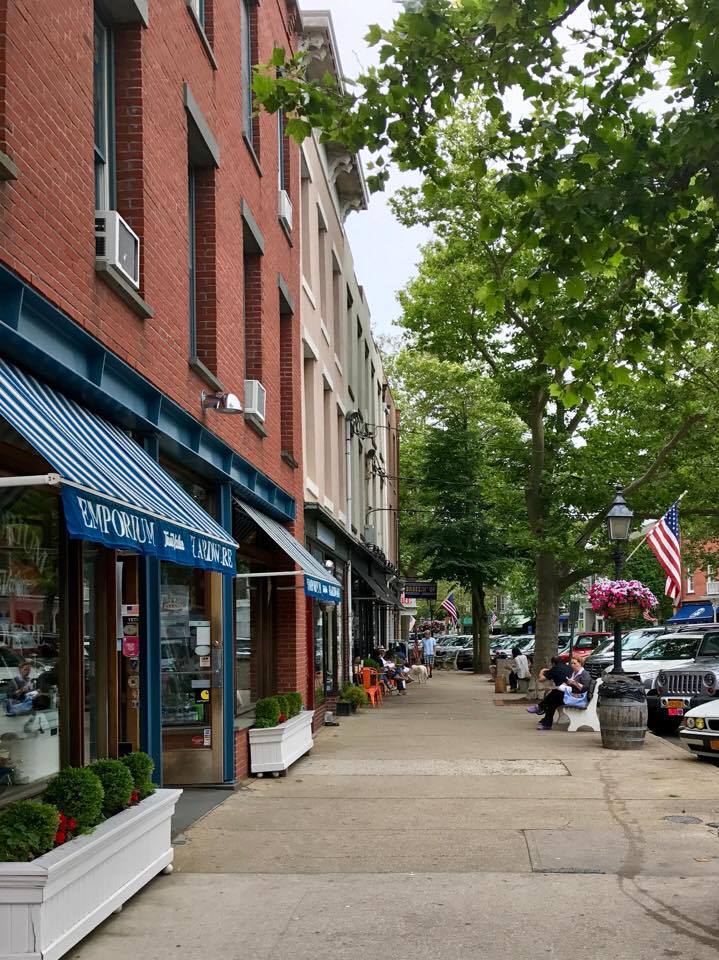 How cute is this house and this town?? I could have wandered around for hours. 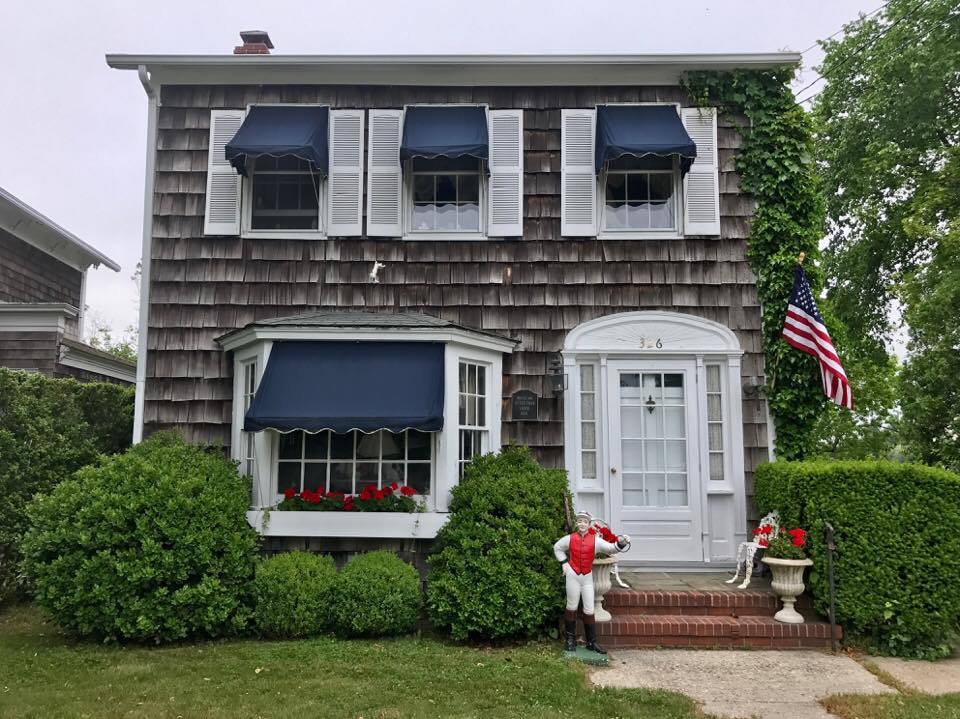 This house was insane. I can’t only imagine what it’s worth. 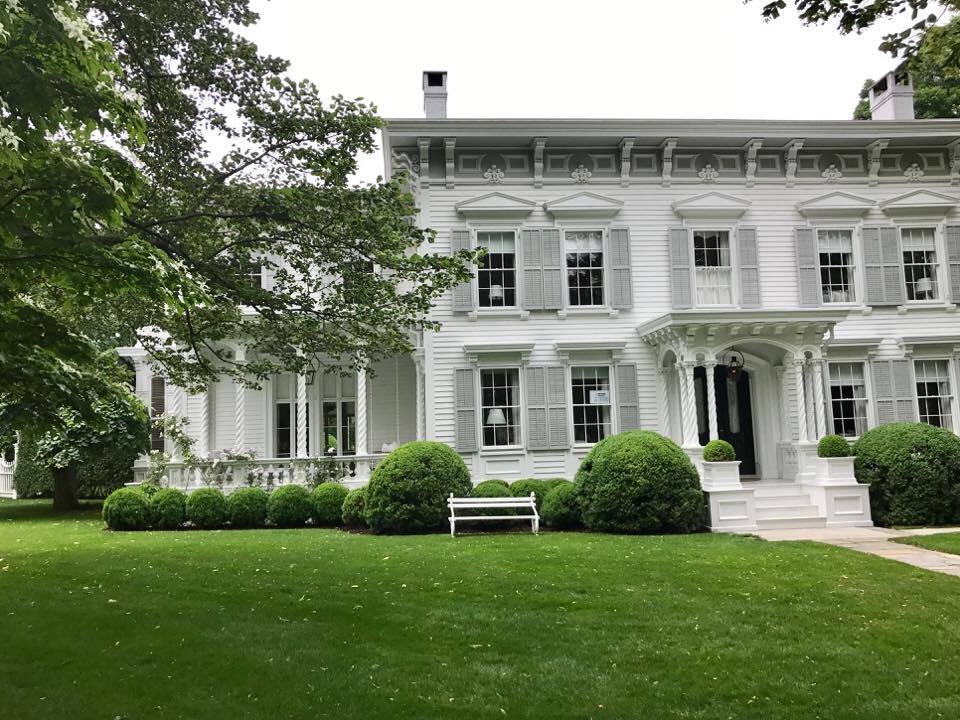 I got back, we snacked on cold cuts and chips and crackers for lunch and then we all got ready to head out to a vineyard before dinner. 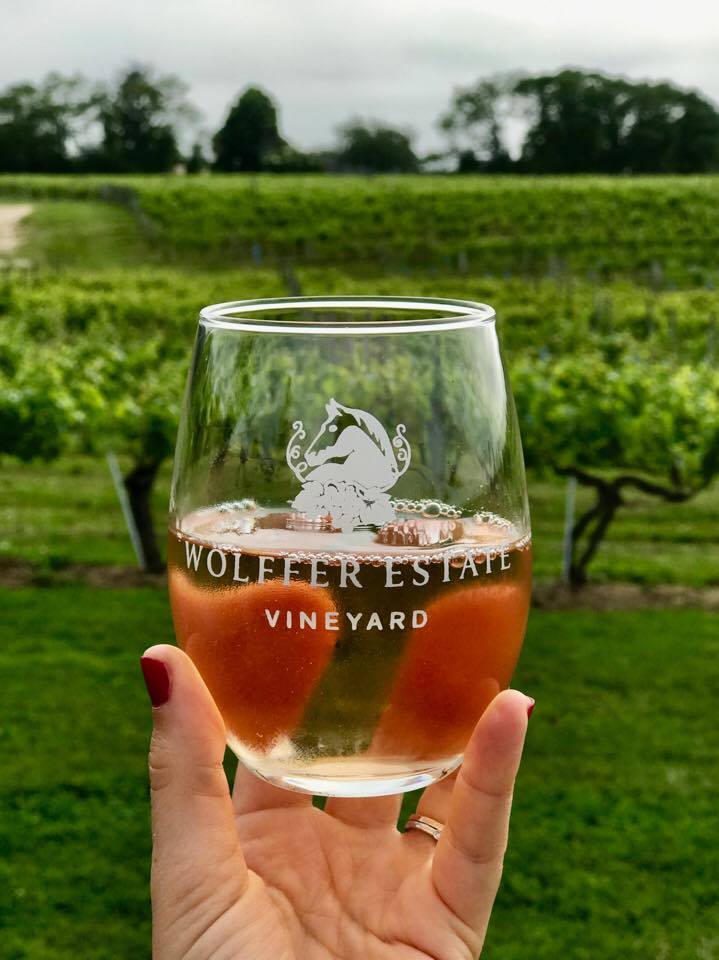 We ended up at Wölffer Estate Vineyard where they had live music and really good rosé. We laid out on a blanket and hung around there for a couple of hours. Pretty vineyards with good people and good wine is my happy place. Charlottesville, Sonoma, Stellenbosch, Napa, Long Island or the Hamptons…I don’t care where we are, but if a vineyard is involved I’m so happy. 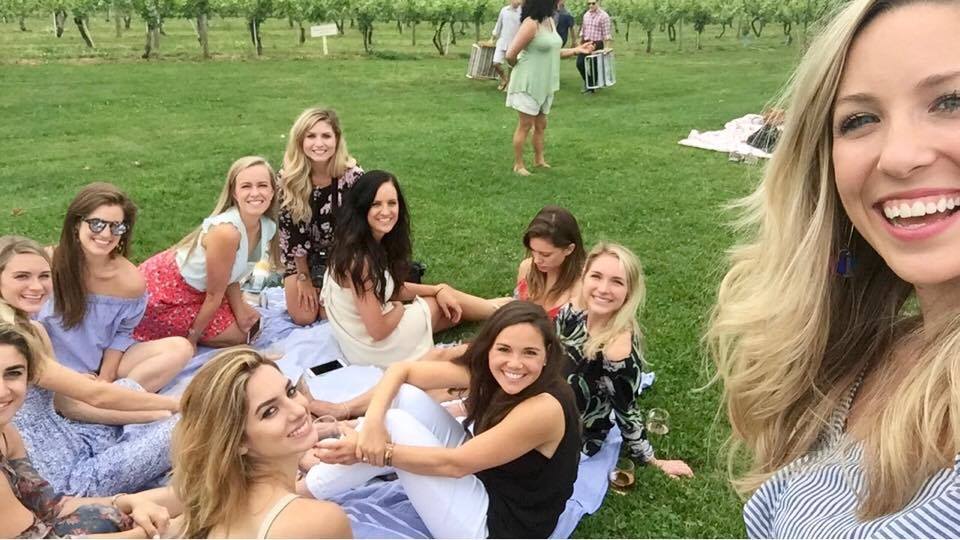 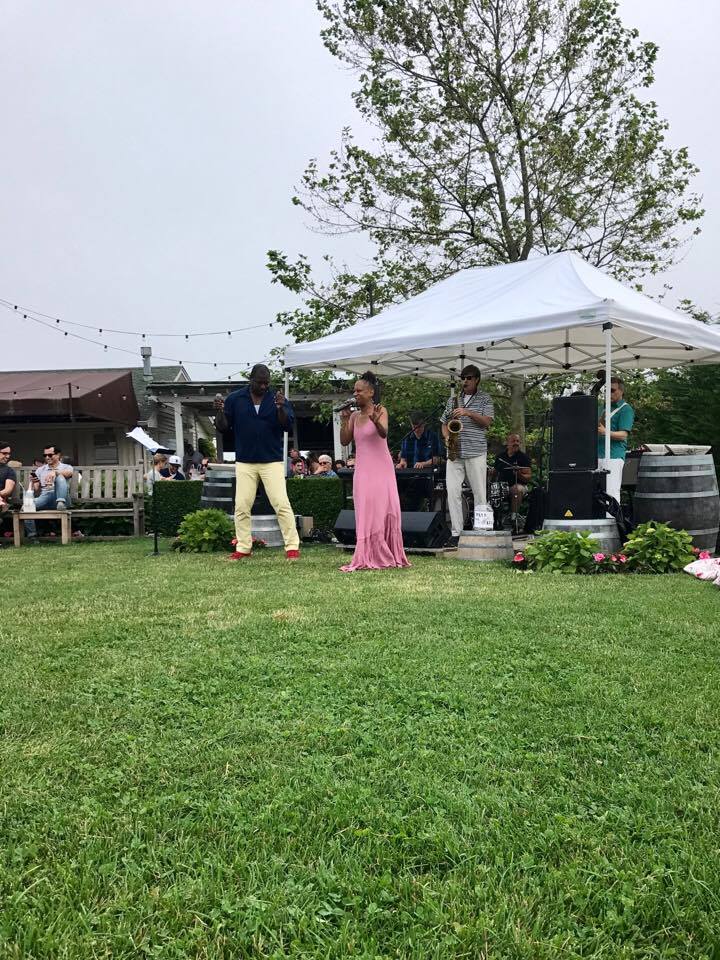 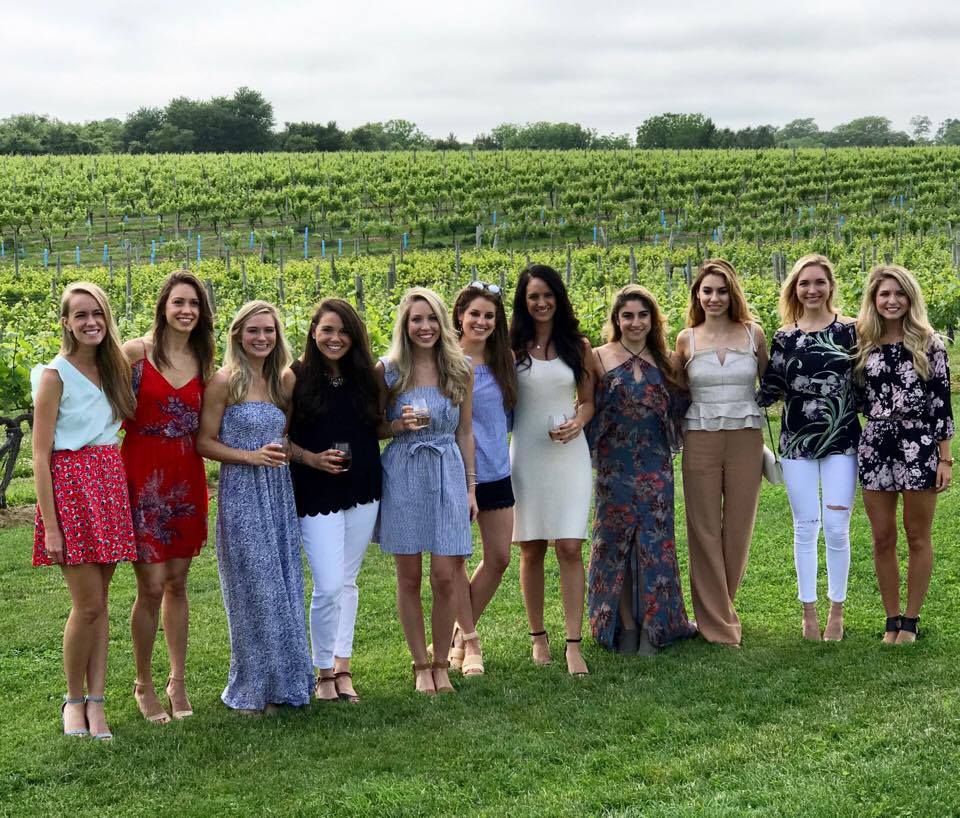 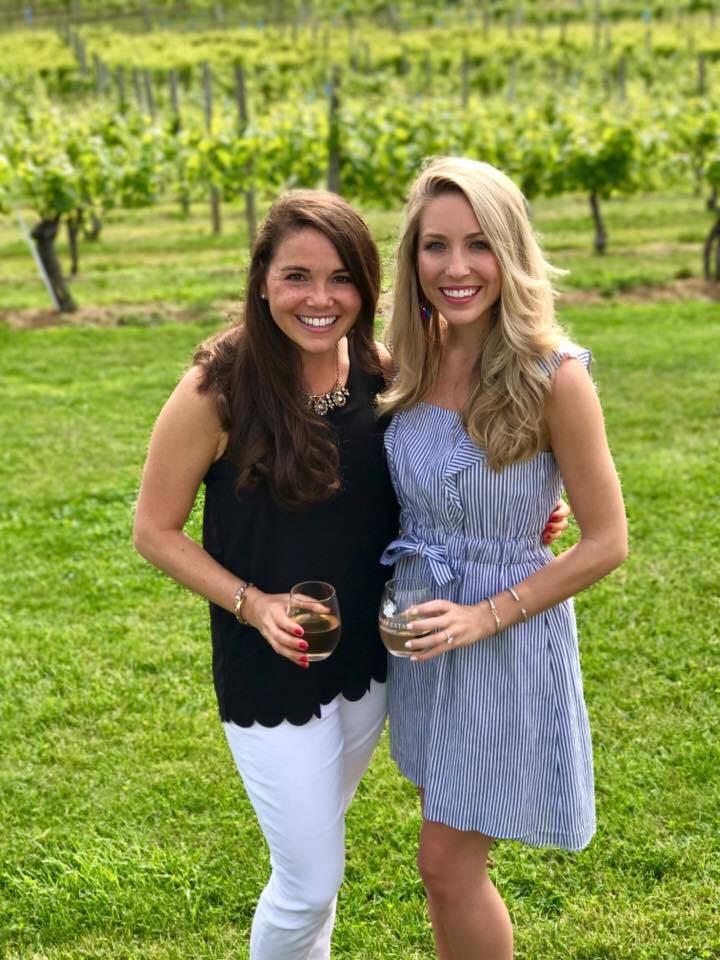 Then we headed to dinner at the South Hampton Social Club. We split a bunch of small plates including these lobster rolls and then ordered several rolls of sushi. But what I was most into was this tiramisu for dessert. SO fluffy and creamy. 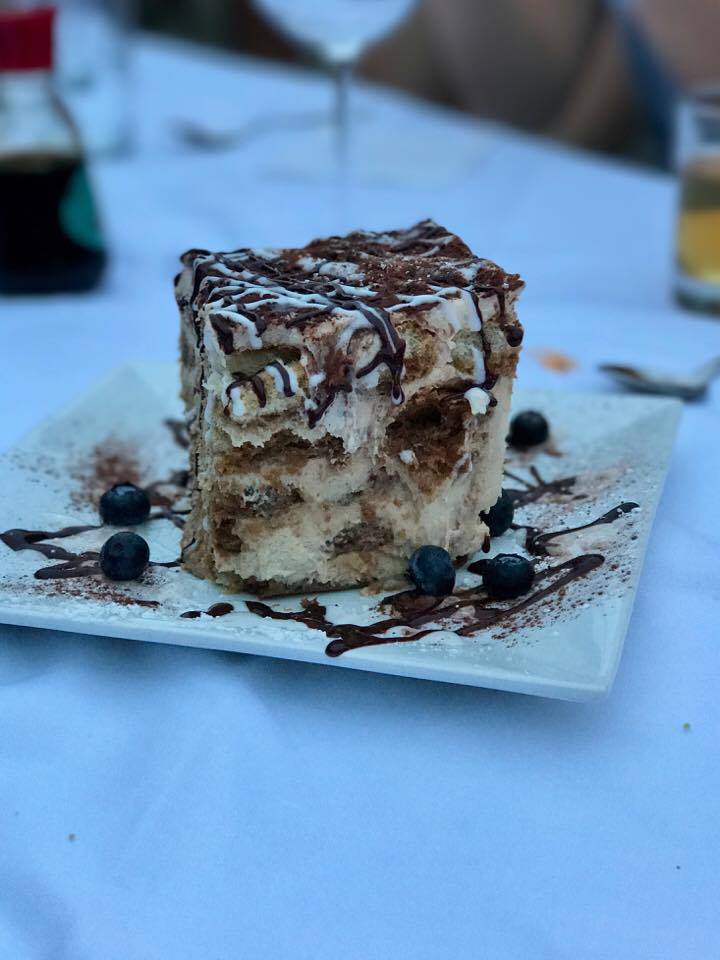 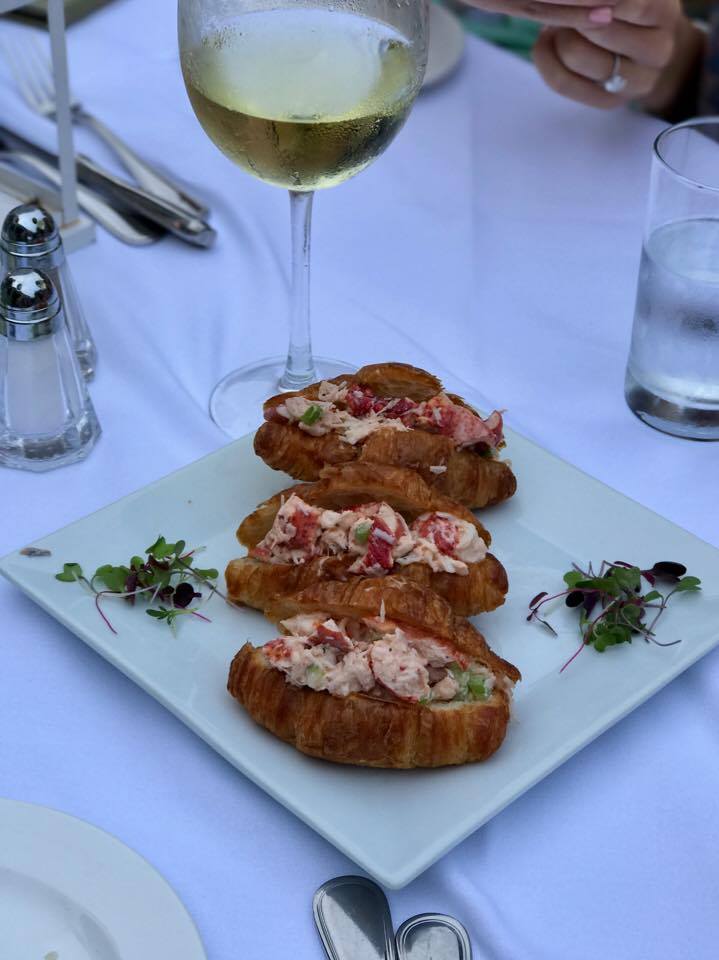 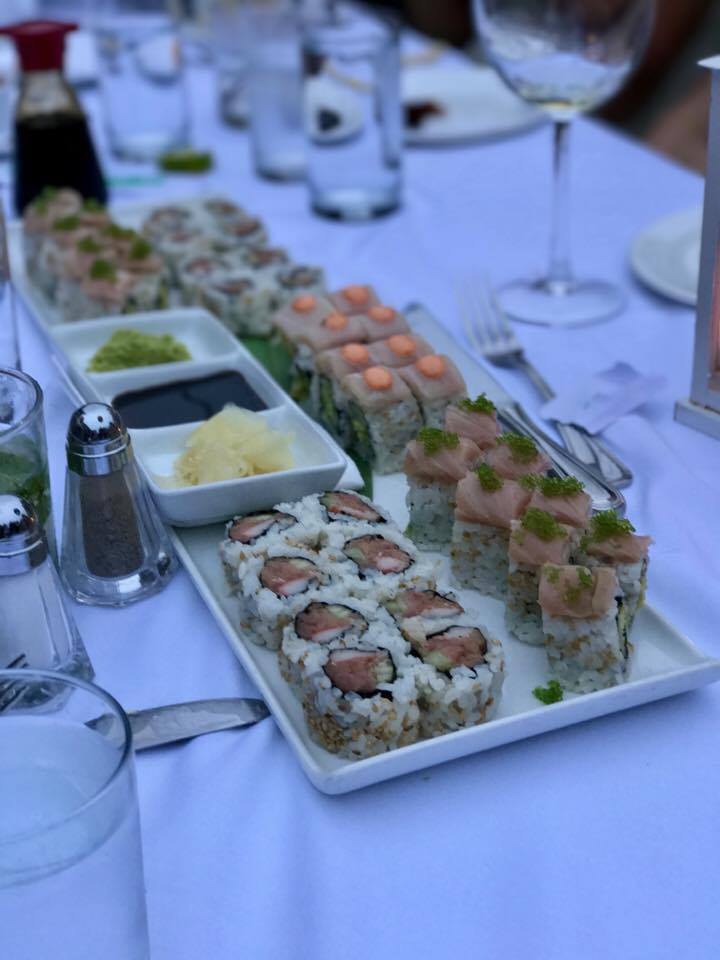 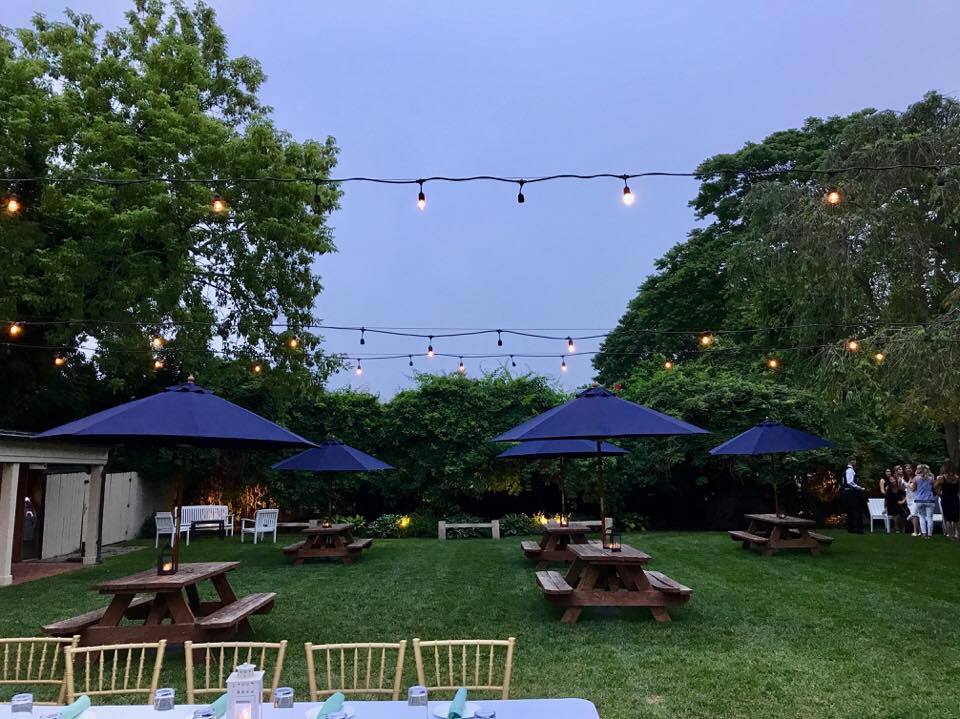 And then we came home, sat around in the living room chatting and headed to bed. 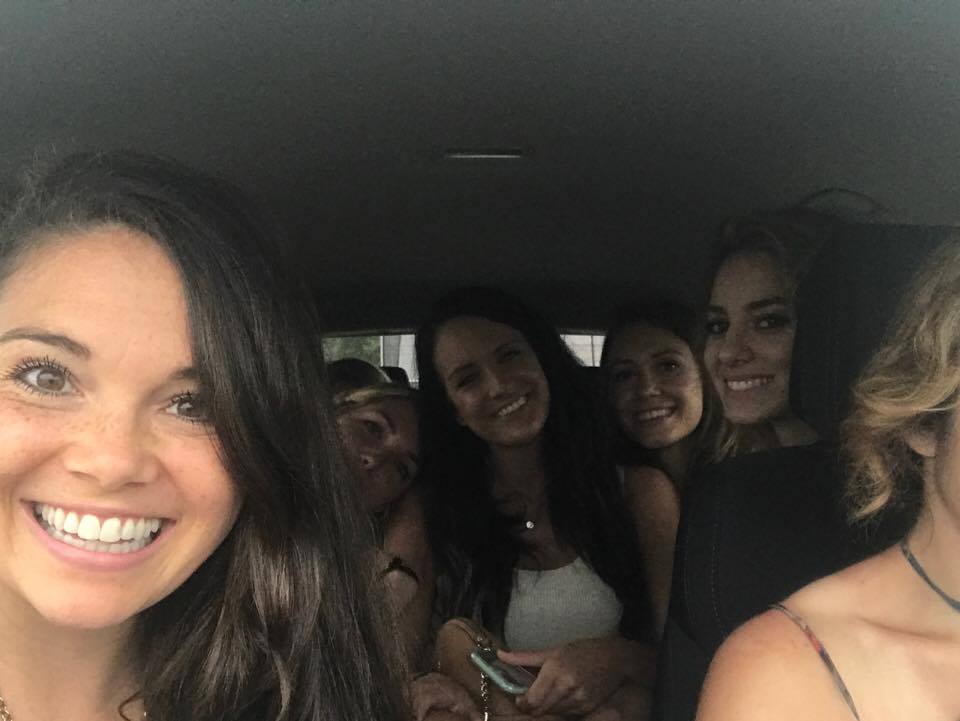 I had originally planned on catching an eleven-ish train back into the city since I had plans to meet one of my friends from nursing school for lunch who was coming into the city and I never get to see her. But then we looked at the train schedule and there was only a 7:40am train and a 12pm train. Soooo annoying. But another girl had to leave early to catch a flight back to California so I took the 7:40am train with her back to the city. The other girls stayed for the afternoon and explored the town and beach. 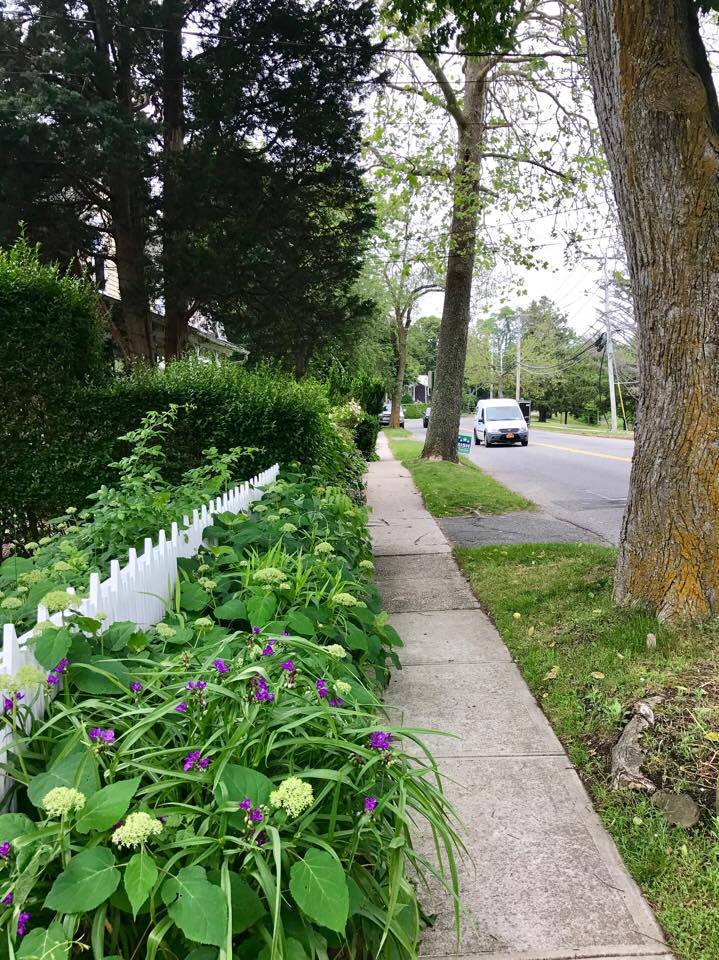 Even with the early departure, it was still such a fun and relaxing weekend. I went into the weekend not really knowing anyone except of course, Nicole. But that’s what I love about these weekends, you make friends so fast and feel like you’ve known them for so much longer than 48 hours. And I loved getting to peak into Nicole’s world and getting to know her closest people.

They’re getting married in four weeks at a vineyard in Napa and based on the above paragraphs  on how I feel about vineyards…to say I’m excited is an understatement.

Hope you all had a great weekend too – share you favorite part in the comments!